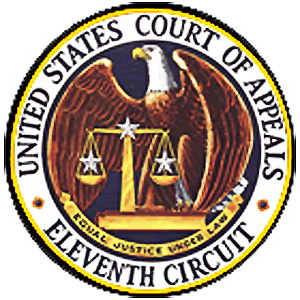 In Jim Walter Resources Inc. v. United Mine Workers of America, plaintiff Jim Walter Resources (Jim Walter) alleged that the defendant Union had conducted a work stoppage in violation of the parties' collective bargaining agreement (the Agreement).  The District Court had dismissed Jim Walter's claim, holding that the dispute was subject to arbitration under the terms of the Agreement.  The Eleventh Circuit reversed and remanded the claim of back to the District Court for trial.

The Agreement permitted the Union to designate "memorial periods" for legitimate purposes not exceeding a total of ten days during the term of the Agreement.  The Union did so on October 14, 2008 and again on October 28, 2008.  The Union justified the memorial days based on the workers' desire to attend local hearings of the Department of Labor, Mine Safety and Health Administration.  Jim Walter countered that the justification was pretextual, and that the memorial days constituted improper work stoppages as a protest in connection with disputes at one of the mines.  Jim Walter sued and sought damages.

The Union argued that the Agreement provided a "settlement of disputes" mechanism designed to avoid resort to the courts.  Jim Walter countered that the contract did not "contemplate or provide for . . . the arbitration of any claim or grievance[] asserted by the employer."  Drawing on caselaw from the old 5th Circuit, which included the states now comprising the 11th Circuit and is therefore binding on the 11th Circuit, the Court adopted the rule that an employer is not bound to arbitrate a claim for damages flowing from an alleged breach of a collective bargaining agreement where “the contractual grievance machinery is wholly employee oriented."  The Court noted similar rules adopted in the 1st, 3rd, 7th and 9th Circuits, while conceding that decisions from the 2nd, 3rd and 4th Circuits are arguably to the contrary.  The District Court had relied on the 2nd Circuit's decision in ITT World Communications, Inc. v. Communications Workers of America, 422 F.2d 77 (2d Cir. 1970), but the Supreme Court subsequently called that decision into question in Rock Company v. International Brotherhood of Teamsters, U.S., 130 S. Ct. 2847, 2859, n. 8 (2010).

Here, the Court ruled that the grievance procedure at issue was "wholly employee oriented" and thus did not apply to Jim Walter's claim.