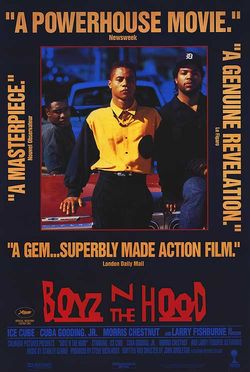 John Singleton, director, producer, writer, overall film extraordinaire, now may add "plaintiff in a breach of contract action" to his long resume.  Singleton's case and claims somewhat mirror those of a modern Contracts casebook staple, Locke v. Warner Bros, Inc.  Singleton, like the actress/director plaintiff in Locke, claims, inter alia, that a production company, Paramount Pictures, breached the implied duty of good faith and fair dealing (as well as some express promises) when it failed to finance at least two of Singleton's later-proposed film projects.  According to the complaint, Singleton previously had traded some of his rights to two highly acclaimed films, Hustle & Flow and Black Snake Moan, in exchange for cash and for Paramount's promise to finance two of his future projects, subject to some conditions.  Paramount's defense likely will be that those conditions were not satisfied.  And just for good measure, Singleton's complaint also includes an unjust enrichment claim, the basis of which is that he would have demanded more cash for his Hustle & Flow and Black Snake Moan rights had he known that Paramount would not finance the later pictures.  Thus, the case could be useful in illustrating various contract law concepts to a group of students, some of whom were not even born when Boyz N the Hood was released.

[Heidi R. Anderson h/t (and it pains me to type this) TMZ]

Listed below are links to weblogs that reference Boyz N the Court: