On July 13, 2011, the Court of Federal Claims released its opinion in California Industrial Facilities Resources, Inc. v. United States.  California Industrial Facilities Resources (CIFR) challenged the award to Alaska Structures, Inc. (AKS) of a sole source contract to build large, tent-like structures used as living quarters for troops in Afghanistan. By the time CIFR's protest was filed, AKS had almost completed the work, and the court refused to enjoin it from completing its task. Nonetheless, the court accepted jurisdiction and ruled in CIFR's favor.  The court summarized its reasoning as follows: 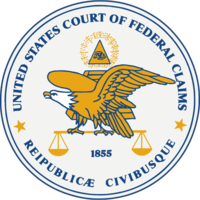 On the merits, the Court finds that the Government’s award of a sole source contract to AKS violated the competition requirements in 10 U.S.C. § 2304(e) (2006) and Federal Acquisition Regulation (FAR) 6.302-2(c)(2). Even when confronted with unusual and compelling urgency, the Government still must request offers from as many potential sources as is practicable. The Government was well aware that other sources would have been interested in competing for the contract, but the Government made no effort to contact any source other than AKS. The Government had 26 days between its awareness of the shelter system requirement (April 1, 2011) and the award of the contract to AKS (April 27, 2011), and it easily could have obtained competitive prices from other sources. The Government’s failure to do so was in violation of law.

Listed below are links to weblogs that reference Court of Federal Claims Upholds Bid Protest Despite Completion of Challenged Contract: