Court of Federal Claims Delivers Tongue-Lashing to the United States 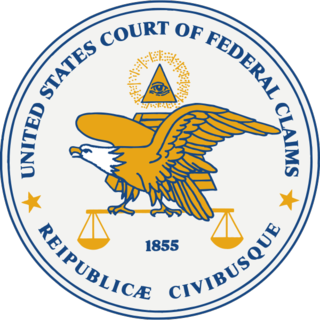 Thanks to Steven L. Schooner and the Government Contracts at GW Law Facebook page, we have word of this juicy decision by Judge Sweeney of the Court of Federal Claims in Systems Applications and Technologies, Inc. v. United States.  The opinion is long, but as Professor Schooner points out, the headings alone are enticing.

This basically a Fatal Attraction case.  Michael Douglas's character, played by the United States Army Aviation and Missile Life Cycle Management Command Contracting Center (the Army), gets tired of its long-time partner, Anne Archer, played by Madison Research Corporation, a wholly owned subsidiary of Kratos Defense & Security Solutions, Inc. (Kratos).  It takes up with Glenn Close's character, played by Systems Applications & Technologies, Inc. (SAT).  In this version of the movie, which we admit is far less cinematic than a knife fight, the Army returns to its old partner after a brief dalliance with SAT.  The return takes the form of a renewed solicitation of bids followed by a bid protest from the jilted suitor.

The facts go back to June 2010, when the Government issued a solicitation of bids for "aerial target flight operations and maintenance services in support of its subscale, ballistic, rotary wing, and ballistic missile target systems."  The Army had to choose among three qualified offerors, and to cut to the chase, it chose SAT.  Kratos immediately filed a bid protest, which the Government Accountability Office found had merits.  The Arny thus proposed corrective action, including canceling the contract with SAT and reopening the bid process.  SAT sued to enjoin the corrective action.  On cross-motions to dismiss/for judgment on the adminsitrative record, the court ruled for SAT.

After 10 pages on jurisdiction and justiciability (i.e. non-contractual stuff = BORING), the court gets to the meat of its decision.  The headers tell it all:

A. The Army’s Decision to Take Corrective Action Constitutes a Significant Error in the Procurement Process

2. The Army’s Decision to Take Corrective Action Is Irrational and Unlawful

a. The Army’s Decision to Take Corrective Action Lacks a Rational Basis

b. The Army’s Decision to Take Corrective Action Violates Procurement Statutes and Regulations

B. SA-TECH Is Prejudiced by the Army’s Decision to Take Corrective Action

The Army is thus enjoined from canceling its contarct with SAT and re-opening the bid process.

Listed below are links to weblogs that reference Court of Federal Claims Delivers Tongue-Lashing to the United States: