Back in January, we hosted a roundtable discussion on the General Dynamics v. United States/Boeing v. United States case that was decided today by the U.S. Supreme Court.  The last post from our roundtable, which includes links to all the previous posts can be found here. 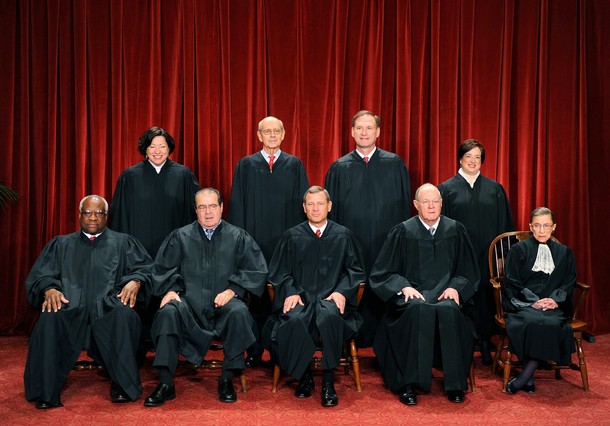 Bobby Chesney provides an able synopsis of the case on the Lawfare blog here.  He also ventures a paragraph about the limited scope of the opinion, which is also highly persuasive.

The issue in the case is what remedy is available to a government contractor when a court dismisses its prima facie valid affirmative defense on the ground that the issue cannot be litigated without posing a reasonable danger of the disclosure of national security secrets.  During oral argument, Justice Kagan noted that the government's position seemed to be that, when it comes to the invocation of the state secrets privilege, it can't lose.  It can rely on the state secrets privilege to withhold documents and thus prevent a party from making out a prima facie case or an affirmative defense, and it can also assert that the same privilege prevents it from asserting its own claims or affirmative defenses, all of which should result in the dismissal of the suit.  At the time, Justice Kagan seemed to be expressing incredulity at the government's position, but that is the position that the court has adopted -- unanimously -- in an opinion written by Justice Scalia.  Apparently, government contractors are like highwaymen.  The courts leave the parties in the state that it found them.  General Dynamics and Boeing are lucky they weren't hanged.

In upholding the lower courts' rulings on the application of the state secrets privilege, Justice Scalia invoked the Court's earlier rejection, in United States v. Reynolds of a proffered analogy to the criminal context in which the government must abandon any claims that it cannot make without recourse to secret evidence.  In the civil context, "the Government is not the moving party, but is a defendant only on terms to which it has consented."  And the government has not consented to civil trials that threaten the disclosure of national security secrets.

But then Scalia proceeds to point out that Reynolds is not relevant in this context.  Reynolds simply involved an evidentiary ruling that allowed the government to refuse to produce certain documents.  In fact, Scalia acknowledged, the language he relied on in the preceding paragraphs was dicta -- and dicta from a case that is not really on point.

The cases that are on point are the devastating one-two punch of Totten and Tenet v. Doe.  This case, like those, is simply non-justiciable to the extent that the resolution of any issues necessarily threatens the disclosure of national security secrets.  Justice Scalia acknowledges that this case is distinguishable from those others, which involved agreements that were secret by their very nature and ab initio, while secrecy only became an issue with respect to the set of agreements at issue in these cases when the government asserted the state secrets privilege.  Six of one, half-a-dozen of the other, says Justice Scalia.

The Court of Federal Claims made a mess of things by allowing some claims to proceed while barring others.  The cleanest solution, the Court unanimously held, "is to leave the parties where they stood when they knocked on the courthouse door."  The petitioners take nothing on their claims and the government takes nothing on its claims.  Justice Scalia pronounces this "rough, very rough, equity."

It's not really "heads I win; tails you lose" because the government's claims are also dismissed.  And now that the rule is clear, Justice Scalia contends that contractors can better protect themselves by demanding progress payments.  That may be true, and Justice Scalia and others may also be right that cases like this one are so unusual that the consequences of this decision may be limited to the parties to the case.  Still, given that the government alone has the power to invoke the state secrets privilege and bring an end to litigation, there is every reason for concern that it will do so opportunistically.

Lyle Denniston provides a very different take on the case over at the SCOTUSblog.  He reads the opinion as leaving many questions undecided and remanding to the trial court to work out what parts of the case can proceed without involving state secrets.

For General Dynamics and Boeing, the likelihood is that they will get to keep $1.35 billion that they were paid along the way (payments that the Pentagon does not dispute), but they have at most a diminished chance of holding on to another $1.35 billion paid for work that was not completed as they struggled, ultimately without success, to develop the so-called “A-12 Avenger,” a carrier-based plane that would have many of the enemy-evading detection characteristics of land-based “stealth” fighters.   Moreover, they may have next to no chance to collect another $1.2 billion they seek in damages for the Navy’s cutoff of the contract.

For the Pentagon, the decision gives it a new opportunity, in lower courts, to show that it never promised the contractors full access to highly classified data about “stealth” technology, so they cannot blame the Navy for the fact that they could not develop the know-how to complete the Avenger project on time.   If the Pentagon succeeds on that point, it could open the contractors to a new finding that they defaulted, and that cannot be excused.  Whether that would mean they must pay back the extra $1.35 billion is not clear at this point.

I read Scalia's "go away" message a bit more strongly and in any case hope that the parties are now so exhausted that they will walk away without throwing more good money after bad.

Listed below are links to weblogs that reference Unanimous Decision in General Dynamics: Heads We Win; Tails You Lose!: