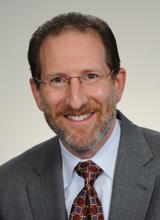 Contracts Prof and friend of the blog, George Washington University Law School Professor Steven Schooner (pictured) has a new article up on SSRN that is making headlines in the nearly mainstream media.  Over at the Huffington Post, David Isenberg reports on Professor Schooner's new scholarship, co-authored with GWU Law student Collin D. Swan, called "Dead Contractors: The Un-Examined Effect of Surrogates on the Public's Casualty Sensitivity."  Here is the abstract from SSRN:

Once the nation commits to engage in heavy, sustained military action abroad, particularly including the deployment of ground forces, political support is scrupulously observed and dissected. One of the most graphic factors influencing that support is the number of military soldiers who have made the ultimate sacrifice on the nation’s behalf. In the modern era, most studies suggest that the public considers the potential and actual casualties in U.S. wars to be an important factor, and an inverse relationship exists between the number of military deaths and public support. Economists have dubbed this the "casualty sensitivity" effect.

This article asserts that this stark and monolithic metric requires re-examination in light of a little-known phenomenon: on the modern battlefield, contractor personnel are dying at rates similar to - and at times in excess of - soldiers. The increased risk to contractors’ health and well-being logically follows the expanded role of contractors in modern governance and defense. For the most part, this "substitution" has taken place outside of the cognizance of the public and, potentially, Congress. This article explains the phenomenon, identifies some of the challenges and complexities associated with quantifying and qualifying the real price of combat in a modern outsourced military, and encourages greater transparency so that the public can more meaningfully participate in "the great American experiment."

The article is forthcoming the Journal of National Security Law & Policy.  As Isenberg notes, the article and its subject matter deserve our attention.

Listed below are links to weblogs that reference HuffPo on Schooner & Swan on Dead Contractors: