Guest Post by Steven Feldman on the Horn Case 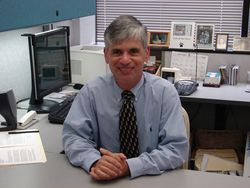 Our recent post on Horn v. United States elicited even more comments than our posts usually do -- i.e., more than none.  It has also generated this thoughtful response from friend of the blog and attorney for the U.S. Army Corps of Engineers, Steven Feldman (pictured), which we present below.

The Horn decision failed to mention that a conflict exists within the Federal Circuit's lower tribunals on whether Federal Acquisition Regulation (FAR) requirements contract clause 52.216-21 Alt I, analyzed in Horn, is valid. The Armed Services Board of Contract Appeals has explicitly rejected the Court of Federal Claims approach.  Disagreeing with Ralph Construction, Inc. v. United States, 4 Cl. Ct. 717 (1984), heavily relied on in Horn, the board said the following about this clause in Dynamic Science, Inc., ASBCA 29510, 85-1 BCA 17,710, 1984 WL 13911,

In Maya Transit Co., ASBCA No. 20186, 75-2 BCA 11,552, the contract contained the same provision. We characterized the contract as a "limited form" requirements type. The limitation of the requirement to that portion that the Government did not choose to meet from its own capabilities did not render the promise illusory particularly because the Government was precluded from expanding its capabilities during contract performance at the expense of the contractor.

Later Board decisions also disapprove the Court of Federal Claims' reasoning.  See Operational Service Corp., ASBCA 37059, 93-3 BCA 26,190, 1993 WL 243152.  Because the Federal Circuit has not resolved the conflict, and because individual Court of Federal Claims judges are not bound by other decisions from the same court, it is puzzling why Judge Smith failed to consider contrary interpretations of FAR 52.216-21, Alt I.

I also would like to bring to your attention another case from the Court of Federal Claims, Howell v. United States, 51 Fed. Cl. 516 (2002) that uses a Cardozo-like approach from the Restatement (Second) of Contracts to imply a missing consideration term in an Indefinite Delivery, Indefinite Quantity (ID,IQ) contract. As noted in Horn, Judge Smith considered the alternative that the contract could have been an ID, IQ contract rather than a requirements contract. The court in Horn did not cite the Howell decision, which is at odds with the Horn analysis.

Here is what I have written about the Howell case (Tennessee Practice Services: Contract Law and Practice, Section 5:10):

In Howell v. U.S., 51 Fed. Cl. 516 (2002), the United States Court of Federal Claims analyzed a self-described IQ contract in a federal government contract that did not contain the requisite minimum quantity, although it did reflect the parties' established intent that there would be some minimum quantity.  The court noted that the inclusion of standard government contract clauses from the Federal Acquisition Regulation required the agency to purchase some minimum quantity of supplies or services, although the clauses were not filled in with the specific amounts. The court further noted that the parties' conduct after contract execution reflected their mutual belief that a binding arrangement existed. Accordingly, the court relied on the Restatement (Second) of Contracts, § 204, which permits a court to supply a missing term in a reasonable way where the record otherwise establishes a sufficiently definite and binding arrangement. The Howell court employed this theory to incorporate a minimum quantity term, which was more than a nominal amount, so that there would be mutuality of obligation.

The Howell decision reflects the courts' general dissatisfaction with technical consideration objections where the circumstances show the parties' intent to be bound. It bears emphasis, however, that the Howell court found an enforceable contract only because the record showed that these particular parties clearly intended to limit the buyer's freedom of choice. If the facts were that the buyer did have total discretion on whether it could purchase from the seller, then the Court of Federal Claims undoubtedly would have deemed the promises illusory for lack of consideration.

As Judge Smith ruled in Horn, both parties entered the arrangement with the intent to form a contract. The applicable clauses in Horn did limit the buyer's freedom of choice because the government promised to use Ms. Horn for services the government could not fulfill in-house. As in Howell, the record in Horn reflected a basis for determining a fair minimum obligation. Because the contract in Horn did not reserve the agency's total discretion to purchase all its needs from any other dental hygienists, Judge Smith should not have found the promise illusory for lack of consideration.

Lastly, I disagree with your final thought that government lawyers either do not understand the FAR clauses or are willfully exploiting them "to take unfair advantage of their contracting partners." It was very unlikely that any government lawyers were involved in the award of this contract because the low dollar value ($49,920) is far below the legal review thresholds in most government agencies, which is typically $500,000. Further, I do not see any evidence of government overreaching in Horn and Judge Smith did not find any, either. As he commented, "[E]ven the government officials with whom she dealt did not seem to understand the document's lack of enforceability." Thus, I see some inadvertent oversights by both contracting parties that could have been resolved upfront with more attention to consideration issues.

[Posted, on behalf of Steven Feldman, by JT]

Listed below are links to weblogs that reference Guest Post by Steven Feldman on the Horn Case:

A few preface remarks; restating law is not my specialty; I don't want to be another person arguing on the internet - am trying to understand how this decision could be interpreted as fair; I have no horse in this race in any regard; despite Mr/Dr Feldman's well considered and researched perspective, it seems to me that the government has violated its general obligations to act in good faith here.

The government promised to use Horn for those services it could not fulfill in-house. The clauses in Horn do in fact limit the government's freedom of choice, both for alternate sources of supply as well as under the assumption that their ability to satisfy their own requirements was relatively static, a reasonable assumption considering their outsourcing.

In Dynamic Science, Inc, it seems the agreement explicitly precluded the government "from expanding its capabilities during contract performance at the expense of the contractor."

I think that the same was implicitly true of Horn's agreement barring explicit statements to the contrary. One would not expect the government to drastically increase its ability to satisfy its own needs without disclosure of that intent.

Between October 1 2005 and November 7 2005 (when Horn was notified her services were no longer required,) Horn had delivered 130 units of service. Extrapolating that rate of performance over the life of the agreement, Horn would have performed approximately 1560 units of service by 30 September 2006. What a coincidence that this equates to the government's own estimated ceiling quantity of supplies and services to be delivered.

If that is true, then how did they not willfully mislead the contractor by asserting they expected to require as much as 1560 hours over the course of the year?

Smith states "It is also true that the fairly unambiguous language of the agreement made it clear to Ms. Horn that she had only the possibility of a potential 1,560 hours of work, and that in-house service providers could greatly reduce that amount. When she started her work for the BOP, she was put on notice of this fact."

I suppose my concerns would be assuaged if the "notice" explicitly informed Horn that efforts were underway to eliminate the need for her services as quickly as possible. I doubt that occurred.

In any even, by operating under the argument that estimates are non-binding and ignoring the pretty apparent reality that they were made in bad faith, I'd argue that the government's lawyers did indeed take advantage of the contractor.

Feldman hit the nail on the head. Not enough money involved for the federal lawyers to get involved in such things as alleged. Good article.