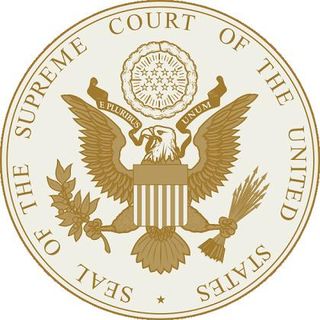 Last week, the U.S. Supreme Court issued its opinion in Astra USA v. Santa Clara County in which it unanimously overturned a decision of the Ninth Circuit Court of Appeals.  The case was brought by Santa Clara County, which operates several 340B entities, that is, public hospitals or community health organizations involved in delivering medical services to the poor.  The county claimed a right to sue for overcharges on prescription medications provided through a PPA, or Pharmaceutical Pricing Agreement entered into between drug manufacturers and a division of the Department of Health and Human Services.  Although no statute created a private right of action to sue on such PPAs, the county claimed that it could sue as a third-party beneficiary of the PPAs to which the drug manufacturers had agreed.

Justice Ginsburg, writing for the Court, determined that permitting such third-party beneficiary suits would be incompatible with the statutory design.  The 340B program and its attendant PPAs are to be administered by the Secretary of HHS and her agents.  HHS oversight would be impossible if third-parties were permitted to set themselves up as independent enforcement agencies.  This is so because the drug companies are required under the statute to provide price information to the government so that it can set price ceilings.  In return, the government agrees not to disclose the price information.  If 340B entities could sue to challenge prices, the regulation would become a mechanism through which the drug companies' trade secrets would routinely be made public.

Citing to the Restatement of Contracts, the Court observed that a nonparty is legally entitled to benefit from a promise contained in a contract only if the parties to the contract so intended.   The county reasoned that the entire purpose of the statute that created 340B entities and PPAs was to benefit entities such as itself.  The Court disagreed, noting that the PPAs merely incorporated statutory language, rendering a suit to enforce the PPAs identical to a suit to enforce the underlying statute.  The U.S. government, as amicus curiae, argued -- and the Court agreed -- that Congress did not intend to share the burden of enforcement of the the statute with 340B entities.  The county objected that Congress has acknowledged that HHS lacks the resources to effectively monitor and police the PPAs.  The Court was unmoved.  Congress addressed the issue in the  2010 Patient Protection and Affordable Care Act with a new dispute resolution procedure, plus new penalties for drug manufacturers who overcharge 340B entities.

Linda S. Mullenix provides a fuller discussion over at the SCOTUSblog.