Back in 2003, a government contractor, L-3 Services offered Abdul Wahab Nattah, a dual U.S. and Libyan citizen, a position as a translator in Kuwait.  Mr. Nattah alleges that he was assured certain work conditions that would keep him cozy, well-fed and away from combat.  Despite these assurances, Mr. Nattah alleges that he spent a few unpleasant months in Kuwait before he L-3 transferred him to the custody of the U.S. Army, now in a condition he described as slavery.  The U.S. Army took him to Kuwait, and he provided language services there that frequently brought him into harm's way.  After a shell exploded near him, causing him hearing loss and other injuries, he was sent to Germany for treatment and then discharged, he alleges as a corporal in the U.S. Army.  Despite this alleged status, Mr. Nattah claims that he has been denied veterans' benefits.

Mr. Nattah sued a number of government and private entities in 2006.   The U.S. District Court for the District of Columbia dismissed all claims in 2008.  In dismissing the claims against L-3, the court relied on a letter indicating that Mr. Nattah would be an at-will employee.  In dismissing claims against the government entities, the court relied on soveign immunity.

The D.C. Circuit Court of Appeals reversed in part.  Since sovereign immunity does not apply to claims for non-monetary relief, Mr. Nattah was allowed to amend his complaint to seek non-monetary relief against the Secretary of the Army.  Second, the Court of Appeals found that the existence of the written offer letter did not negate the possibility of a binding oral agreement with the terms described in Nattah's complaint. 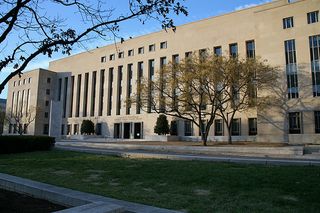 On remand, the District Court again dismissed all of Mr. Nattah's claims in a decision handed down on March 17.  The Court conceded that sovereign immunity was generally waived on non-monetary claims.  However, it noted an exception to the waiver for “acts of ‘military authority exercised in the field in time of war or in occupied territory.’”  The District Court noted that the gravamen of Mr. Nattah's remaining claims against the Secretary of the Army was that "the Army bought plaintiff as a slave from L-3 Services, improperly detained him, and forced him to participate in the war in Iraq."  Even though some of the conduct of which Mr. Nattah complained occurred before the actual war in Iraq began, the District Court still found that the military exception to the waiver of sovereign immunity applied and again dismissed Mr. Nattah's claims against the government.

In the alternative, the District Court noted that Mr. Nattah's claims under the Geneva Convention, the 13th Amendment, the constitutional right to travel and international law do not state claims that give rise to a private right of action.  Moreover, even if they did, since Mr. Nattah no longer claims that he is enslaved, to the extent that he seeks non-monetary relief, his claims are moot.

As to Mr. Nattah's claims against L-3, the District Court first found that the were barred by the applicable three-year statute of limitations on contracts claims and that D.C. does not recognize the doctrine of equitable tolling.  Mr. Nattah's allegation that his captivity and his injury from Iraq prevented him from filing a claim within the three-year period was thus unavailing.

Listed below are links to weblogs that reference D.D.C. Rejects Translator's Breach of Contract Claim: