Yesterday, Laura Donohue posted for us on the two consolidated state secrets cases on which the Supreme Court heard argument.  Those looking for further commentary can find several links on the SCOTUSblog here. 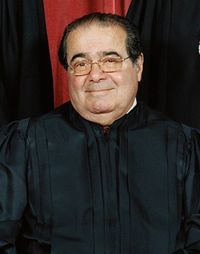 Both Dahlia LIthick on Slate and Adam Liptak in the New York Times, focus on Justice Scalia's suggestion that the Court's approach in state secrets cases has been to tell the parties to "go away."  "You say potato, I say state secrets, let's call the whole thing off," seems to be the basic idea.  As is often the case, Scalia's reasoning is as catchy and wry as it is without foundation.  Unless he is conflating the Totten doctrine with the state secrets privilege, as the courts are now wont to do and as the government is irresponsibly encouraging them to do, Scalia is completely wrong about what the state secrets privilege requires.

Unfortunately, Justice Kagan's "heads I win; tails you lose" remark is more on point.  For all the debates in oral argument over which entity is the "moving party" in this case, that has never mattered in the state secrets privilege context, because the government never loses when it asserts the privilege.  Either it wins and gets the case dismissed or it wins and the case proceeds without the evidence subject to the privilege -- which is to say without evidence vital to some part of plaintiffs' claims.  Other options remain largely unexplored in recent case law.

But courts have not treated the state secrets privilege like the public policy rule relating to illegal contracts by leaving the parties as they find them.  While these two cases have been likened to Dickens' Jarndyce and Jarndyce, it would be not Dickensian but Kafkaesque if the Court would say to the parties after 20 years of litigation that their claims are non-justiciable.

Listed below are links to weblogs that reference More Links on General Dynamics and Boeing: