[This is a continuation of yesterday's post about oral argument in the consolidated cases of General Dynamics and Boeing. v. United States] 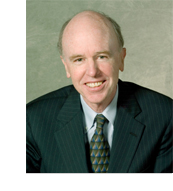 Although the Justices' questions suggested quite different takes on the case, there seemed to be a couple of common underpinnings for many of their inquiries.  First, there was considerable skepticism as to whether Reynolds' moving party test provided a usable standard for deciding this case.  The Court in Reynolds permitted the Government to invoke the state secrets privilege in defending a wrongful death action by the widows of civilian scientists killed in the crash of a military experimental flight.  That was at least in part because, unlike in a criminal case where the government was prosecuting  the matter, in Reynolds the government was the defendant, not the "moving party."  Although each of the litigants in General Dynamics claimed the other was the moving party, the Justices seemed to find the distinction, which had been clear enough in the tort context, distinctly unhelpful in this contract case.  In fact, in advocating the government's view of the moving party rule, General Katyal found himself in the uncomfortable position of arguing that the government would not be the moving party whether its invocation of the state secrets privilege kept the contractors from having the information necessary to prove a defense or the government from having the information to prove a default.  Not unreasonably, Justice Kagan responded "that really does sound like a tails you win, heads you win, whatever."

Second, the Justices appeared reluctant to move to constitutional law to resolve this dispute.  The contractors' argument that the government's treatment of them was a due process violation did not seem to have any obvious adherents among the eight Justices asking questions.  Rather they struggled to find a way to apply contract law in a situation in which, because of the invocation of the state secrets privilege, several seemed to think that we would never know who was right and who was wrong.

That led to what was in some ways the most interesting feature of the argument.  Justice Scalia appeared strongly motivated to find a way that the parties could be left where they are now, the contractors keeping the $1.35 billion they have been paid but not recovering the additional $1.2 billion that they incurred but had not yet received.  Other  Justices, including Chief Justice Roberts and Justice Sotomayor, seemed to share that interest.  General Katyal argued strongly that there was no principled way to reach that result.  Rather, in his view under the terms of the contract and the applicable law, there were only two choices.  Either the termination for default was upheld and the government was entitled to recover the $1.35 billion in unliquidated payments, plus interest, from the contractors.  Or the termination for default was converted into a termination for convenience and the contractors would be entitled to payment of all of their costs, including not only the unliquidated $1.35 billion in progress payments but also the additional $1.2 billion in costs, plus interest.

Carter Phillips, arguing for the contractors, initially seemed to avoid the question of whether there was a middle ground, leaving at least some with the impression that he did not think that there was a mechanism available under the applicable law.  But in his rebuttal argument he was clear that he believed that under federal common law contract principles the Court could fashion a way of letting the contractors keep the $1.35 billion at the same time that it found that the government did not need to pay them another $1.2 billion.   He was not specific as to what that way was. 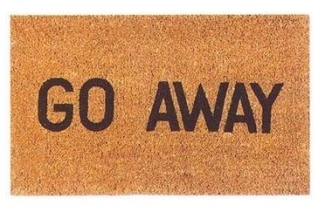 If the Court does decide that it wants to adopt this approach of leaving the parties where they were immediately before the termination took place – what Justice Scalia characterized as the "'go away' principle of our jurisprudence" – government contract law provides solid precedent.  In its often cited decision in Dynalectron Corporation v. United States, 518 F.2d 594 (Ct.Cl. 1975), the Court of Claims, a predecessor of the Court of Appeals for the Federal Circuit, did essentially that.  The Air Force had terminated for default a contract for jamming antennas to be used on the B-52.  The court found that the Air Force’s specifications were defective in that they were impossible to perform in several respects.  But it also found that the contractor had waived the impossibility as to some, but not all, of those elements and had made serous errors in its own administration of the contract.  In these circumstances in which the court found that both parties were at fault, it relied on equitable powers of the court in actions at law to fashion a remedy in which the parties shared the costs of the contractor’s performance.  The court reformed the contract to provide that  the contractor recovered half of its costs of performance but paid the other half itself.

That same kind of approach would support the middle ground that several of the Justices seemed to be seeking.  Rather than dividing the costs precisely, the Court could leave the parties in the near split in which they had started the litigation, the contractors having been paid $1.35 billion but still being owed another $1.2 billion they would not recover.  The result would be peculiar to these particular facts.  The only precedent would be that when the state secrets privilege is invoked a rough attempt at equity should follow.  While dictating such a result might seem an unusual role for the Supreme Court, this case has gone on for 19 years already.  Perhaps this is the time for the Court to apply Justice Scalia’s “go away” jurisprudence and fashion a Dynalectron like result.

Listed below are links to weblogs that reference Guest Blogger Neil O'Donnell on General Dynamics and Boeing, Part II: