On January 11, 2011, the Court of Federal Claims issued its opinion and order in Resource Conservation Group, LLC v. United States.  The case involved the plaintiff's bid to lease property that had once been the U.S. Naval Academy's dairy farm.  Resource Conservation Group (RSC) bid on the property and stated its intention to mine the property for sand and gravel.  The Navy responded that it was barred from considering RSC's bid because its proposed use would constitute a disposal of the the property prohibited by section 6976(a)(2)(A) of Title 10 of the United States Code.  In 2008, the Navy entered into a 30-year lease with Anne Arundel County for the county's use and preservation of the N.S. Naval Academy's Dairy Farm. 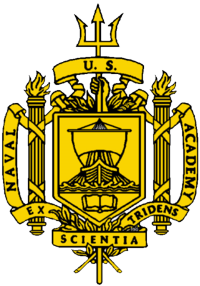 RCG responded with a suit alleging that the Navy had breached an implied contract of fair and honest consideration and had violated the Administrative Procedure Act.  It's argument on the breach of implied contract claim was basically that the Navy led it on by encouraging it to bid knowing that RCG's intentions with respect to the dairy farm.  RCG contended that the Navy misconstrued the relevant provisions and should have entertained its bid.  In the alternative, RCG claimed that it was entitled to reimbursement of its bid costs.

The Court of Claims ruled that the Navy correctly interpreted the relevant statutes and that it was therefore indeed precluded from considering RCG's bid.  In addition, in order for the Navy to have breached the implied contract of fair and honest consideration, it must have acted arbitrarily and capriciously.  The court had no difficulty in determining that the Navy had notdone so.

RCG's claim that it was at least entitled to reimbursement of bidding costs seems more plausible.  As in the General Dynamics/Boeing case currently pending before the U.S. Supreme Court, this part of RCG's case relied in part on its allegations that the government had superior knowledge and thus  had a duty to disclose that knowledge to RCG.  Specifically, RCG maintained that since the Navy knew of its own interpretation of the statute, it should have let RCG know that it would be wasting its time if it bid on the property for the purpose of turning it into a gravel pit.  The court rejected this argument, pointing out the relevant standard: "RCG is held accountable for 'knowledge of law . . . appropriate to the subject matter' and 'reasonable professional competence in reading' the contract.

Listed below are links to weblogs that reference Court of Federal Claims Finds No Breach of Implied Contract of Fair Dealing: