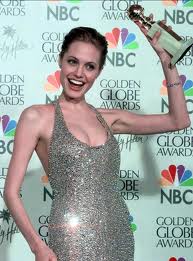 The telecast of the 68th Annual Golden Globe Awards Ceremony is this Sunday, January 16th.  Although True Grit was rumored to be the favorite for “Best Use of Contract Law in a Western or Documentary” here, it appears to have been omitted from the actual list of nominees.  Also not mentioned on the Golden Globe site is the Parol Evidence Rule issue at the heart of the ongoing contract dispute between the Hollywood Foreign Press Association (“HFPA”), which votes on and presents the Golden Globe awards, and Dick Clark Productions (“DCP”), which produces the award telecast.

The contract between HFPA and DCP, as amended: (i) gave DCP the right to license the telecast rights for the awards ceremony to a broadcast network (DCP chose NBC); and (ii) specified that HFPA and DCP would split the license payment 50/50.  However, when DCP recently awarded an extension of the telecast license to NBC without first consulting with HFPA, HFPA sued.  HFPA claims that DCP cannot grant an extension of a license without HFPA’s consent.  The primary problem with HFPA’s argument, however, is that the written contract says nothing about HFPA’s consent.  Instead, it states that DCP may grant “any extensions, renewals, substitutions or modifications of the NBC Agreement, and to exploit such productions in all media through the world in perpetuity."  The words “subject to HFPA’s consent” or “only with HFPA’s consent, not to be unreasonably withheld” simply are not there.  And that is where the Parol Evidence Rule enters Stage Left.  HFPA’s preferred term would appear to contradict the writing (if the agreement is partially integrated) or at least fall within its scope (if the agreement is fully integrated).  Thus, evidence of such a consent requirement likely would be barred by the Parol Evidence Rule   However, as reported in this recent Variety article, HFPA has a decent argument under California law, which allegedly is rather welcoming to extrinsic evidence.  Hopefully, some of you more familiar with California law will comment on the accuracy of that assessment.

Biased Author Note:  I am cheering for HFPA in this one.  DCP now is owned by the same conglomerate that owns the Washington Redskins.  And if you’re a Dallas Cowboys fan like I am, you don’t like to see the Redskins’ owner, Dan Snyder, win anything.

Listed below are links to weblogs that reference “And the Golden Globe goes to…the Parol Evidence Rule!”: