An Introduction to Our Roundtable on General Dynamics and Boeing 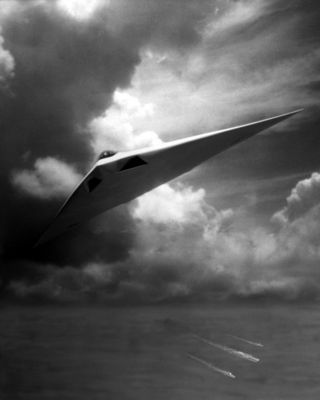 On January 18th, the U.S. Supreme Court will hear argument on a pair of consolidated contracts cases.  The issue before the court is the state secrets privilege, a subject on which the court has not weighed in since it created the modern state secrets privilege in United States v. Reynolds, decided in 1953.  Next week, in anticipation of oral argument, we have invited some scholars and practitioners with expertise in the area to weigh in with their thoughts on the case.  We provide some background below, drawing on an article by two of the people who have agreed to participate in our roundtable, Neil H. O'Donnell and Dennis J. Callahan, both of Rogers Joseph O'Donnell.  Their full article appeared in 52 The Government Contractor, No. 45 (Dec. 8, 2010).  Links to prior opinions, briefs and other materials can be found on the invaluable SCOTUSblog.

In 1988, the Navy awarded General Dynamics and McDonnell Douglas a fixed price contract to develop the A-12, a carrier-based, stealth aircraft  (an artist's conception of which appears at right).   Alleging default, the Navy terminated the contract in 1991 and the contractors filed suit in the Court of Claims challenging the Navy's claim that they were in default.  Boeing is the successor in interest to McDonnell Douglas.

In 2009, the Federal Circuit recognized the case as an American Jarndyce and Jarndyce, but the Supreme Court, in accepting cert., has agreed to decide only the issue of the applicability of the state secrets privilege (the SSP) to this case.  The litigation is currently in its third round.  In the second round, the Federal Circuit upheld the Court of Claims' finding that the SSP precluded the contractors from asserting their claim that the government had superior knowledge regarding stealth technology that it had failed to disclose.  The issue on which the Supreme Court has agreed to hear argument is "Whether the government can maintain its claim against a party when it invokes the state-secrets privilege to completely deny that party a defense to the claim."

That is the case in a very small nutshell.  I will leave it to our guest bloggers to explore the issue in further detail in the coming weeks.

Listed below are links to weblogs that reference An Introduction to Our Roundtable on General Dynamics and Boeing: