Professor Donohue makes reference to two cases and a statute with which our readers might not be familiar but which are important to an understanding of the General Dynamics and Boeing cases on which the Court heard argument yesterday.

First, she mentions Totten, about which we have blogged in the past, and mentioned in another post here.

In Totten, the administrator for the estate of William A. Lloyd broght a claim against the government seeking to recover for the breach of an espionage contract.  Lloyd allegedly entered into an agreement with President Abraham Lincoln in which Lloyd infiltrated enemy territory during the Civil War in order to provide the U.S. Government with information relating to the military forces and fortifications of the Confederacy.   For these services, Lloyd was to be paid $200/month plus expenses, but he received only his expenses.

Justice Field, writing in 1875, found that the subject matter of the contract was a secret and that both parties must have known at the time of their agreement that their lips would be “for ever sealed respecting the relation of either to the matter.”  In order to protect the public interest in having an effective arm of the government that could engage in secret services, the Court ruled that there could be no claim for breach of a secret contract because the existence of the contract was itself a secret that could not be disclosed.

As Professor Donohue points out, Acting Solicitor General Neal Katyal invoked Totten in arguing that plaintiffs' suits in General Dynamics and Boeing should be dismissed.  If the Court were to bite on that one, it would be an extraordinary -- and dare we say outrageous -- development.  Totten is a justiciability doctrine, and it as these cases have been in the courts for the better part of two decades, it's a bit absurd for the government to now assert that both parties understood when they entered the agreement that its very essence was a state secret which neither party could disclose. 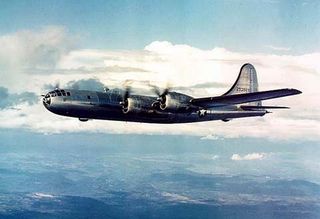 Professor Donohue also mentions Reynolds, the locus classicus of the modern state secrets privilege.  That case was brought by the widows of three civilians who were killed when an Air Force B-29 crashed while testing out new equipment.  The plaintiffs sought the Air Force's official Accident Investigation Report so that they could pursue their theory that the crash had been the result of negligence either in maintenance or in piloting the aircraft.  The Air Force refused to produce the report and eventually claimed that it would not do so because doing so would result in the disclosure of national security secrets.  The Supreme Court ruled that the Air Force did not have to produce the report because it had properly asserted the state secrets privilege by producing a declaration from the head of the agency involved setting forth the dangers that would follow from disclosure.  The standard established by the Reynolds court is that the state secrets privilege is absolute and prevents discovery of information subject to the privilege whenever the privilege is properly asserted by the government and the court is persuaded that “there is a reasonable danger that compulsion of the evidence will expose military matters which, in the interest of national security, should not be divulged.”  Pace Katyal, the cases on which the Court heard argument yesterday are about the state secrets privilege and not about Totten.  More particularly, it is about whether the U.S. can make an administrative finding that a contractor is in default and then invoke the privilege to prevent any challenge to that determination.

Professor Donohue invokes the Classified Information Procedures Act (CIPA) as a possible solution, and we agree that this is a promising avenue to pursue.  CIPA was enacted to address the danger that a criminal defendant might threaten to reveal state secrets if prosecuted and thus use "graymail" to escape such prosecution.  CIPA provides procedures that enable a court to determine what disclosures are relevant to the criminal proceedings and also to proceed in camera or to have documents sealed so that the criminal prosecution can occur without the public dissemination of state secrets.

But here's the key to CIPA: if the court is convinced that the criminal defendant must rely on classified information and that there is no way to proceed without risking disclosure, the government must forego prosecution.  The state secrets privilege has no analogue.  It is never the case that if the government cannot assert an affirmative defense without reliance on secret information, it must suffer the consequences.  Rather, as Justice Kagan noted, the state secrets privilege has developed into a pro-government game of heads, I win; tails, you lose.

The result, as many, many scholars have pointed out, is the government's abuse of the privilege.  This should not be surprising since the privilege was clearly abused in Reynolds itself, since the Accident Report at issue in that case contained lots of evidence of negligence and very little (if any) classified information that posed a reasonable danger to national security.  What is surprising is that courts continue to allow the government to assert the state secrets privilege and to grant government motions to dismiss claims based on the state secrets privilege before discovery has even begun.  That's one heckuv an evidentiary privilege!

Listed below are links to weblogs that reference A Few Footnotes on Laura Donohue's Post: