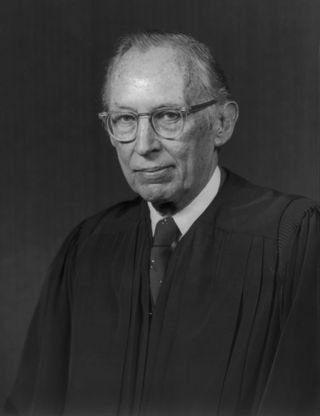 I turned up a Limerick from a case I haven't taught in a few years, so I thought I would share it.  The connection to contracts law is pretty attenuated, but I'm sure we could find one if we looked hard enough.  The issue in the case was whether or not Indiana's anti-takeover statute, the Control Share Acquisitions Chapter of Indiana's Business Corporation law, should be struck down as inconsistent with the Williams Act and the Commerce Clause.

The Williams Act provides for disclosure when any party gains control of over 5% of an issuer's shares.  It also provides for certain procedural and substantive limitations on tender offers.  The Indiana Act provided additional protections against tender offers for Indiana corporations by requiring a shareholder vote on whether or not the acquiror would be permitted to vote its shares once it crossed certain thresholds of ownership: 20%, 33.3%, 50%.

Judge Posner, writing for the Seventh Circuit and following the Supreme Court's plurality decision in Edgar v. MITE Corp., struck down the Indiana Act as inconsistent with the Williams Act and also with the Commerce Clause.  Justice Powell (pictured), writing for the majority of the Supreme Court, reversed.  While the Illinois statute at issue in MITE favored existing management over the rights of acquirors and shareholders alike, the Indiana Act was consistent with the aims of the Williams Act, in that it favored neither acquirors nor incumbent management and sought only to protect the rights of shareholders.  It's impact on interstate commerce was negligible, and even if there was some slight discriminatory effect, that discrimination was acceptable in light of the internal affairs doctrine, that for the most part leaves the regulation of corporations to the state legislators that create corporations in the first place.

Justice Scalia concurred.  He had no disagreement with Justice Powell on the law, but he was irked that Justice Powell ventured a judgment on the aim of the statute.  He regarded it as "extraordinary to think taht the constitutionality of the Act should depend on" whether the Court thought that the Indiana Act aimed to protect shareholders of incumbent management.  Justice Scalia seemed open to the view that the Indiana Act was idiotic but lawful and should be upheld regardless of its folly.  Three dissenting Justices, following Posner's reasoning, would have found the Indiana Act to be a kind of unlawful folly.

The Williams Act does not preclude
A state from protecting its brood.
Posner dislikes it;
Scalia won't strike it:
"It's law, so what if it's crude?"

Listed below are links to weblogs that reference Business Associations Limerick of the Week: CTS Corporation v. Dynamics Corproation of America: