As we noted in an earlier post, Antonio Jackson brought an action again Rent-A-Center (RAC) claiming racial discrimination and retaliatory termination.  RAC sought to compel arbitration and the District Court granted its motion to dismiss.  The Ninth Circuit reversed,  finding that where a party asserts that there was no reasonable assent to an arbitration agreement because that agreement is both substantively and procedurally unconscionable, the question of unconscionability is for the court. 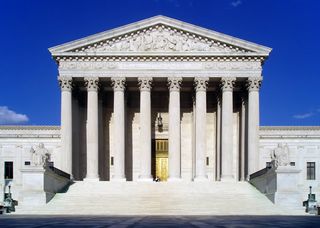 Last week, we summarized the arguments of Rent-A-Center's opening brief.  Today, we move on to Mr. Jackson's brief.  RAC’s brief focused largely on two Supreme Court precedents that it believes provide that the question of whether a particular claim is arbitrable is to be decided by the arbitrator where the parties have clearly and unmistakably so agreed.  Jackson instead focuses on the language of the Federal Arbitration Act (FAA), § 2 of which provides that an arbitration agreement will not be enforced as written where grounds exist in law or equity for the revocation of the contract at issue.

Section 2 of the FAA provides that an enforceable arbitration clause must be: 1) in a written agreement; 2) relating to a transaction involving interstate commerce; and 3) not subject to invalidation under state law.  There seems to be no question that courts may invalidate purported arbitration agreements that that do not satisfy the first two requirements, so Jackson argues that it makes sense that courts also get to decide the third.  Moreover, in Prima Paint Corp. v. Flood & Conklin Mfg. Co.,388 U.S. 395 (1967), the Supreme Court held that when a state contract law defense is interposed against an arbitration clause, Section 4 of the FAA requires that a court address that defense.  Prima Paint involved a claim of fraud in the inducement, but unconscionability should not be treated differently, argues Jackson.

If RAC succeeds, Jackson warns, stronger parties to contracts will routinely insert similar language in their arbitration clauses, eliminating the courts’ role in assuring that arbitration clauses are valid and enforceable.  Indeed, under RAC’s construction, Jackson argues, the issue of arbitrability would be for the arbitrator to decide, even if the agreement were signed at gunpoint or if the employee’s signature were forged, so long as the language of the agreement is “clear and unmistakable.”  It is no answer, says Jackson, that such facts would inevitably come to light in arbitration, because arbitration is precisely what Jackson is trying to avoid.

Ultimately, Jackson argues, the rule that RAC seeks to install would undermine parties’ confidence in arbitration by weakening existing safeguards in place under the FAA that protect the rights and interests of the weaker parties to arbitration agreements.  Review of the validity and enforceability of arbitration by federal courts enhances the integrity of the arbitration process, says Jackson.  Post-arbitration review is too narrow in scope to be sufficient to protect the interests of employees such as Jackson.

In a final section, Jackson argues that, because the arbitration agreement in question is both substantively and procedurally unconscionable, he did not agree to delegate the question of arbitration clause’s validity to the arbitrators.