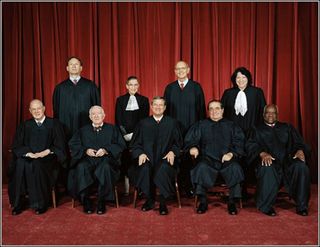 This month is arbitration month on the ContractsProf Blog, as we focus on Rent-A-Center West v. Jackson, currently pending before the U.S. Supreme Court.  As we noted in an earlier post, Antonio Jackson brought an action again Rent-A-Center (RAC) claiming racial discrimination and retaliatory termination.  RAC sought to compel arbitration and the District Court granted its motion to dismiss.  The Ninth Circuit reversed,  finding that where a party asserts that there was no reasonable assent to an arbitration agreement because that agreement is both substantively and procedurally unconscionable, the question of unconscionability is for the court.

The Supreme Court granted cert., and Petitioner RAC has filed its opening brief, seeking the Supremes’ view on the following issue:

Whether a district court or an arbitrator should decide claims that an arbitration agreement under the Federal Arbitration Act (“FAA”) is unconscionable, when the parties to the agreement have clearly and unmistakably assigned this “gateway” issue to the arbitrator for decision.

RAC relies primarily on two Supreme Court holdings, First Options of Chicago, Inc. v.Kaplan, 514 U.S. 938 (1995) and AT&T Technologies, Inc. v. Communications Workers, 475 U.S. 643 (1986) which stand for the proposition that where the parties “clearly and unmistakably” agree to delegate the issue of arbitrability to the arbitrator, their agreement must be honored.  According to RAC, when the Ninth Circuit refused to enforce the clear language of the arbitration agreement in question,  “it created a rule that the whim of a party opposing arbitration was sufficient to erase the words contained in the arbitration agreement,” an approach evidencing the very  “hostility to arbitration” that the FAA was enacted to remedy.  The Ninth Circuit’s position is inconsistent, according to RAC not only with Supreme Court precedent but also with decisions of the First, Eighth and Eleventh Circuit Courts of Appeals.

In a final section, RAC takes on a public policy argument articulated in Jackson’s brief in opposition to cert., in which he contends that arbiters should not be permitted to decide unconscionability challenges to the exercise of their jurisdiction because they have a financial incentive for asserting jurisdiction.   If accepted, this argument would have devastating consequences for arbitration, RAC argues, because parties would always have recourse to an interlocutory appeal to a supervising court.

Listed below are links to weblogs that reference Rent-A-Center West v. Jackson I: Petitioner's Brief: