Thanks to Jeremy for the invitation to participate in this discussion. (Full disclosure: I’m currently trapped in London after a conference, with limited access to things like the internet, and sleep. So I may have missed some of the discussion. If so, my apologies.)

The core question in Rent-A-Center is whether courts should respect contract terms that clearly allocate unconscionability questions to the arbitrator. I want to use this post to explain why this strikes me as a relatively easy question in a case like Rent-A-Center, but a more difficult question generally. In Rent-A-Center, Jackson objects that the arbitration clause allows RAC to go to court in some cases, requires him to pay half the arbitrator’s fee (unless the law requires otherwise), and limits discovery. Importantly, none of these objections implies that the arbitrator cannot reach a fair decision on the unconscionability question. For example, Jackson doesn’t identify any discovery related to that question that will be unavailable to him, and his complaint about fee-splitting seems to ignore the fact that both AAA and JAMS, the providers designated in the contract, cap employee fees at relatively low amounts. 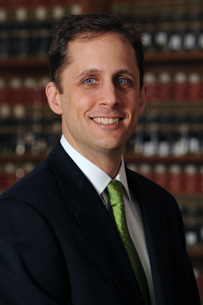 Once we accept that Jackson’s unconscionability challenge can be resolved as fairly as any other issue in arbitration, I have trouble understanding why it shouldn’t be resolved there. Let’s assume that you and I form a contract that includes an arbitration clause with various bells and whistles, like discovery restrictions, that we know can be challenged as unconscionable. We’d prefer to arbitrate these challenges, too, so we draft an arbitration clause that encompasses all issues related “to the … enforceability” of our contract or any part of it. Why shouldn’t our agreement be enforced? There’s nothing illogical about concluding that we have “made” an agreement to arbitrate that permits the arbitrator to decide whether the “bells and whistles” are unconscionable. After all, an arbitrator who is unbiased and competent enough to resolve complex federal statutory claims surely can manage to decide whether to enforce a limit on discovery. Nor is this like the example of a forged signature on a contract containing an arbitration clause. A party whose signature was forged hasn’t manifested assent to anything, including arbitration. The forgery claim calls into question the very existence of the arbitration agreement and is plainly for the court to decide, whatever the arbitration clause might have to say on the subject. That is why RAC correctly concedes that such issues relate to the “making” of the arbitration agreement. But a party who has agreed to arbitrate unconscionability challenges has, well, agreed to arbitrate unconscionability challenges. (As an aside, I mean “agree” in the objective sense important to contract law. In many cases, of course, consumers and employees do not actually agree to each contract term. But under current law, if objectively manifested assent is good enough to enforce other contract terms, it’s good enough to enforce the arbitration clause.)

The difficulty arises when the unconscionability challenge cannot be resolved fairly (or at all) in arbitration. Examples might include challenges to clauses that impose very high initial filing fees, or clauses that require arbitration in remote locations or before a biased arbitrator. Given the length of this post already, I won’t elaborate on this difficulty here. Suffice it to say that it seems like courts should resolve these kinds of challenges, even if the contract purports to send them to arbitration. And there is a further difficulty: how should courts identify whether an unconscionability challenge is one that cannot be resolved fairly in arbitration? These questions strike me as the difficult ones, and also the ones on which the Court’s decision in Rent-A-Center is likely to provide the least guidance.

[Posted on behalf of Mark Weidemaier by Jeremy Telman]

Listed below are links to weblogs that reference Rent-A-Center Roundtable Continues: Mark Weidemaier: