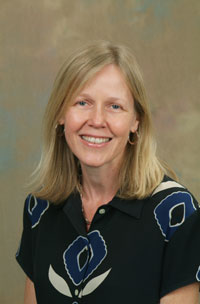 As Jeremy described in his post, my recent paper, Letting the Arbitrator Decide?  Unconscionability and the Allocation of Authority between Courts and Arbitrators, analyzes the issue before the Court in Rent-A-Center in the context of a broader trend in U.S. case law that increasingly allows the arbitrator (as opposed to a court) to resolve unconscionability challenges.  This trend was earlier identified in an article by Aaron-Andrew Bruhl.

The question presented in Rent-A-Center is whether standard form language in an arbitration clause is effective to empower an arbitrator to determine whether that clause is valid and enforceable.  As Jean Sternlight observed at the recent Contracts Conference held at UNLV, this somewhat arcane issue of arbitral jurisdiction is of great practical significance to the arbitration of consumer, franchise and employment disputes.  Most arbitration clauses already contain language empowering an arbitrator to determine his or her jurisdiction (typically by incorporating institutional arbitration rules to that effect), and those that do not can easily be re-drafted.  Therefore, if the Court ultimately accepts Rent-A-Center’s argument, the vast majority of unconscionability challenges to arbitration clauses may simply disappear, as courts interpret the operative language in the arbitration clause (or in institutional arbitration rules) as vesting authority over the unconscionability determination in the arbitrator.

The conceptual problem with Rent-A-Center’s position is that an arbitrator’s authority depends on the existence of a valid and enforceable contract; Jackson’s unconscionability challenge, in effect, is directed to the very source of the arbitrator’s authority to resolve the dispute.  To provide a more extreme example, suppose that Jackson had challenged his arbitration agreement with Rent-A-Center on grounds that his signature on the agreement was forged?  Can delegation language in a forged arbitration agreement empower an arbitrator to determine whether the agreement is valid?

As Jeremy’s post observes, Rent-A-Center’s brief cites decisions from the First, Eighth and Eleventh Circuits in support of its position.  These decisions, and Rent-A-Center’s brief, rely heavily on the Court’s earlier decision in First Options of Chicago v. Kaplan, which, in dictum, suggested that parties may contract to vest in the arbitrator the power to decide arbitrability, so long as the evidence of such agreement is “clear and unmistakable.”  As I argue in my paper, this dictum should be very narrowly construed – for example, to apply in situations where the scope, and not the very existence or enforceability, of the arbitration clause is at issue.

As Respondent Jackson’s brief observes, Rent-A-Center’s brief seems to suggest that the issue before the Court is merely one of timing – i.e., Rent-A-Center appears to concede that a court would have the power at the award-enforcement stage to determine whether the arbitrator’s decision was based on a valid and enforceable arbitration agreement (see Petitioner’s Brief at p. 12, where it refers to the arbitration agreement delegating the unconscionability issue to the arbitrator “in the first instance”).  If the Court treats the issue in the case as one of timing, then it may sidestep the conceptual problem referred to above by reasoning that a court can always verify the validity and enforceability of the arbitration agreement at the award-enforcement stage.  The Court has employed similar reasoning in many of its prior arbitration decisions, including Prima Paint Corp. v. Flood & Conklin Mfg., Mitsubishi Motors Corp. v. Soler Chrysler-Plymouth, Vimar Seguros y Reaseguros, S.A. v. M/V Sky Reefer, and PacifiCare Health Systems v. Book.

However, the dictum in First Options did not address merely deferring judicial review of an arbitrator’s jurisdictional findings, but rather addressed whether parties may contract for an arbitrator to make a final determination of arbitrability.  (The question presented in First Options was whether the Court at the post-award review stage should give deference to the arbitrator’s jurisdictional findings; the Court found that no such deference was warranted, given the lack of “clear and unmistakable” evidence of an agreement to let the arbitrator decide arbitrability.)  It is interesting to note that neither of the merits briefs in Rent-A-Center directly addresses this issue.

Finally, if the Court does treat the issue in Rent-A-Center as merely one of timing, then as Respondent’s brief argues (and as argued in the amicus brief filed by professional arbitrators and arbitration scholars, which I signed), as a practical matter, post-award judicial review may be inadequate to protect the interests of consumers, franchisees and employees against unfair arbitration clauses.  A decision in favor of Rent-A-Center, therefore, just might galvanize Congress to amend the Federal Arbitration Act to exempt the mandatory arbitration of consumer, franchise and employment disputes.

[Posted on behalf of Karen Halverson Cross by Jeremy Telman]