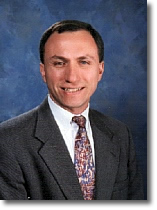 Thanks to Jeremy for the invitation to join this discussion and to Karen for her very helpful post (and article).  A couple of thoughts:

First, I agree with Karen that the issue in Rent-A-Center v. Jackson is not merely about the timing of court review.  Rather, if the Supreme Court accepts Rent-A-Center’s position, the arbitrator will have the final say on the unconscionability of the arbitration agreement – or at least provisions in the arbitration agreement.  The language of Rent-A-Center’s arbitration clause makes that clear:  “The Arbitrator, and not any federal, state, or local court or agency, shall have exclusive authority to resolve any dispute relating to the interpretation, applicability, enforceability or formation of this Agreement including, but not limited to any claim that all or any part of this Agreement is void or voidable.” (emphasis added).

Thus, as CPR’s Commentary on its rule explains:  “This Rule expresses the generally accepted principle that arbitrator(s) have the competence initially to determine their own jurisdiction.  Accordingly, any objections to the existence, scope or validity of the arbitration agreement, or the arbitrability of the subject matter of the dispute, are decided, at least in the first instance, by the Tribunal consistent with the U.S. Supreme Court’s decision in First Options ….”  In other words, rules such as these make clear that the arbitration can proceed even if a party asserts that it never agreed to arbitrate (i.e., the arbitrators initially can determine their own jurisdiction), contrary to several recent (and strongly criticized) state court decisions.  See, e.g., MBNA Am. Bank, N.A. v. Christianson, 659 S.E.2d 209, 215 (S.C. Ct. App. 2008) (“[O]nce Christianson disputed the existence of an arbitration agreement, the Forum did not have jurisdiction to enter an arbitration award until MBNA petitioned the courts to compel arbitration.”), aff’d per curiam, 2010 S.C. Unpub. LEXIS 3 (S.C. 2010); MBNA Am. Bank, N.A. v. Kay, 888 N.E.2d 288, at *8 ( 2008) (same).

[Posted on behalf of Christopher Drahozal by Jeremy Telman]

Listed below are links to weblogs that reference Guest Post by Christopher Drahozal on Rent-A-Center: