Pink Floyd v. EMI -- Dark Side of the Recording Industry 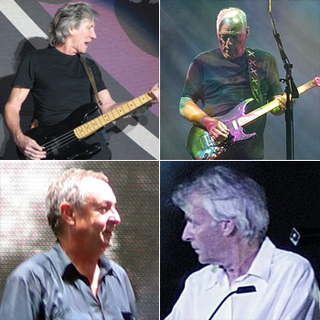 The band Pink Floyd has taken its record label, EMI, to court, as reported here in the Financial Times.  There are two aspects to the dispute.  First, the band is challenging the way EMI calculates royalties from online sales.  At the time the parties entered into their current agreement, online sales were not a major factor, but they now account for over 1/4 of all record company revenues, according to the Financial Times.   In addition, the band objects to having its songs "unbundled"; that is, sold as single tracks rather than together in an album.

The latter is an interesting issue.  Pink Floyd was one of my favorite bands when I was in high school, but I could not have told you the names of many of the songs on "Dark Side of the Moon," "Wish You Were Here," or "Animals."  One always listened to their records -- there were records in those days -- track by track, and it would not have made sense to do anything else.  Theirs were concept albums, and the songs flow into one another -- so much that one could not always say where one ended and the other began.  Moreover, in the state most people were in when listening to Pink Floyd albums in the 70s, nobody would have wanted to take the initiative to get up from the couch, nor did they possess the fine motor skills it would have taken to move the needle to the desired track.  But since all music is now digitized, listeners usually have the option of a "shuffle" feature that enables them to play the tracks in random order.  In short, regardless of what Pink Floyd wants, listeners can conveniently opt to listen to the band's songs in any order or in random order.  I'm not sure there is much a court can do to affect that.

UPDATE in the comments.  Pink Floyd won its case, at least with respect to the bundling issue.

Listed below are links to weblogs that reference Pink Floyd v. EMI -- Dark Side of the Recording Industry:

Jeremey - Floyd have won - this morning!
The news is here:
http://skinafterskin.blogspot.com/2010/03/pink-floyd-win-court-battle-with-emi.html

Thanks for posting this - I read about it but haven't seen a copy of the decision. Does anyone know what the relevant contract clause said?