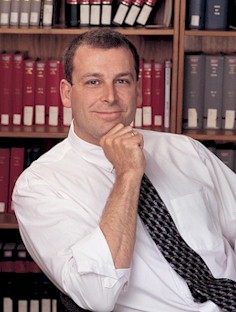 This is the third in a series of posts on recent scholarship relating to the relationship between contract and fault or between contract and promissory obligation.   Yesterday, we posted about Steven Feldman’s critique of Seana Shiffrin.  On Monday, we discussed Martha Ertman’s book chapter, “The Productive Tension between Official and Unofficial Stories of Fault in Contract Law.”  Today, we discuss Michael G. Pratt’s presentation at the UNLV Spring Contracts conference on “The Obligation Conception of Promising.”   Once again, no electronic version of Professor Pratt’s presentation is currently available on the Internet.  However, one can look at his earlier essay, “Contact: Not Promise” which appeared two years ago in the Florida State University Law Review (35 Fl. St. Univ. L. Rev. 801 (2008)).  In order to establish the context for a discussion of Professor Pratt’s current project, it makes sense to set out his main argument from that earlier piece.

In his conference presentation, Professor Pratt further explores the nature of promissory obligation and clarifies his view that the concept of a promise requires that it has particular moral significance.   Promise is linked to moral obligation, according to Professor Pratt, just as our notion of “hammer” cannot be expressed without reference to nails.   Professor Pratt proceeds to offer both a phenomenological and a  communicative argument in favor of what Joseph Raz has called the obligation concept of promising.

Professor Pratt begins by rejecting what he calls the “ceremonial account” of promising.  We do not make promises by reciting some specified incantatory language.  Rather, in most cases, we make promises through any communicative act that gives the promisee additional assurances that we will do the thing that we have stated we will do.  A promise is thus a communicative act in which the promisor binds herself to do X because she says she will do X.  The philosophical puzzle is to understand how a communicative act can effect such a normative change.

Philosophers whom Professor Pratt labels “deflationists” escape this puzzle by focusing on the fact that promises are relied on.  There is nothing particular to the immorality of promise-breaking, argue such deflationists; it is wrong to break a promise for the same reasons that it is generally wrong to harm others.  But this approach misses an essential component of Professor Pratt’s understanding of promises, the promisor’s intent to bind herself through promising.

Professor Pratt illustrates the advantages of the obligation conception of promising with an example.  Imagine an assurance to do X characterized as “information, prediction or advice” but not a promise.  In fact, the non-promisor specifically notifies the would-be promisee that she is under no obligation to the latter but will do X for the sake of interested third parties.  Professor Pratt concedes that the assurances can give rise to moral obligations, but they are not promissory in nature.  The person undertaking the obligation has made no promises to the third parties and the moral obligation to the would-be promisee sounds in reliance, not in promise, because there was no promise.  Professor Pratt thus claims to have refuted the deflationist account, which could not explain why there would be no promissory obligation in this context, and to have demonstrated the truth of the obligation conception of promise.

Section § 21 of the Restatement (2d) provides that an express statement of intention to be bound is not required but an express statement not to be bound is effective. One may thus be bound involuntarily, or at least without any expression of intent to bound.  Professor Pratt contends that promissory obligations that are disclaimer sensitive must be voluntary.  This latter claim reinforces the argument of Professor Pratt’s “Contract: Not Promise” by specifying another way that promises diverge from contractual obligations.  Here, Professor Pratt goes beyond his earlier claim that the law of contracts is not concerned with enforcing moral obligations.  He now argues that promises, by their very nature, are unlike contractual undertakings.

Professor Pratt’s writings are certainly thought provoking.  They provide interesting ways to think about contractual obligation – and to think about teaching contracts – that may not make any difference at all when it comes to deciding cases.  If I understand Professor Pratt correctly, while the R.2d may be a bit sloppy in characterizing contracts as promises that the law enforces, the sloppiness does no harm because courts in fact enforce not moral obligations but legal undertakings.  They may also enforce other kinds of moral obligations – such as those arising from reliance – but that is different from enforcing moral obligations that sound in promise.  But the law need not identify the sorts of obligations it is enforcing or its moral grounds for doing so with the kind of specificity Professor Pratt’s analysis requires.  It merely needs to identify sources of law adequate to ground decisions.