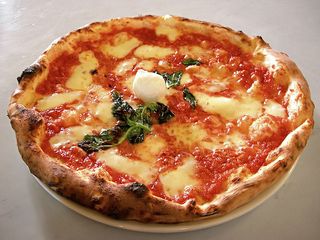 Last week, my video-savvy colleague posted a Domino's Pizza commercial in which Domino's crows about the results of a recent national taste test and slams Papa John's for engaging in puffery with its "Better Ingredients, Better Pizza" slogan.  Domino's is so enamored of this new ad campaign that it has a definition of "puffery" on its homepage, as well as a link that blows up to show a page from the real Papa John's deposition testimony in which he admits that the slogan -- "Better Ingredients. Better Pizza" -- is puffery; a claim that does not have to be proven.

Okay, my interest is sufficiently piqued.  I got the case -- Pizza Hut, Inc. v. Papa John's International, Inc., 227 F.3d 489 (5th Cir. 2000).  As to the puffing, our colleagues on the contracts professors' Listserv have pointed out that, although the case is brought under the Lanham Act and so is not a contracts dispute, its discussion of puffery could very well apply in the context of disputes over warranties and contractual misrepresentation claims.  The Fifth Circuit found that the statement "Better Pizza" is classic puffery, the kind of statement on which no consumer would reasonably rely.  The court also found the "Better Ingredients" claim to be typical puffery.  The court found that the two combined -- a puff plus a puff -- did not add up to an actionable misrepresentation.

But the inquiry does not end there.  The slogans must be placed in their contexts -- each 30-second ad is a chapter in an advertising book spun out over several years.  The slogan was used in connection with sauce and dough ads, on which more below, which were found to be misleading.  When used in connection with ads that made specific claims about its ingredients being "better," Papa John's slogan did indeed become misleading, said the court.  However, the court reversed the jury's award of damages on that issue because Pizza Hut had produced no evidence that the now-misleading slogan was material to the consumers to whom it was directed.

There is a lot of interesting material in the case, and much of it is very good for Papa John's.  As the date of the Fifth Circuit opinion suggests, the Papa John's ad campaign that Domino's now attacks was launched about 15 years ago, so Domino's response hardly qualifies as a quick-witted rejoinder.  Perhaps Domino's is actually claiming that its pizza tastes better than 15-year-old Papa John's leftovers.  If so, its ad is credible.  Second, Papa John followed up its campaign from last century with a taste test in which it beat Pizza Hut.  Papa John's was apparently unconcerned with #2, Domino's -- it was going after the big guns.  Papa John's also made specific and unchallenged non-puffing claims in its ad campaign, arguing that its ingredients were actually better because Papa John's used canned tomatoes rather than tomato paste, filtered water rather than tap water in making dough, and fresh rather than frozen dough.  Pizza Hut did not challenge any of these factual claims, it only contended that these ingredients were not better or did not result in better pizza.

Papa John's counterclaimed, alleging that Pizza Hut had engaged in false advertising in its responsive ads.  The jury found for Papa John's with respect to two of the three commercials challenged in the counterclaims, and Pizza Hut did not appeal that decision.

As indicated above, the Fifth Circuit found Papa John's claims that its sauce and crust were "better" misleading because there was no significant difference between Papa John's sauce and crust and that of Pizza Hut pizzas.  Using filtered water rather than tap water does not seem to effect the quality of pizza dough.  In addition, as Judge Ella put it, "You say 'canned tomatoes,' I say 'tomato paste,' let's call the whole thing 'sauce.'"

The companies distinguish themselves in various ways, but I wonder if there is anybody out there who really feels strongly that any of the big three is significantly different from the other two when it comes to the quality of the pizza?  Do people order Papa John's or Domino's or Pizza Hut pizza because they think one of those companies makes the "best" pizza?

Food and Drink, In the News, Recent Scholarship | Permalink

isn't this the same domino's that is talking about their "new" pizza because they're "focus panels" trashed the pizza?