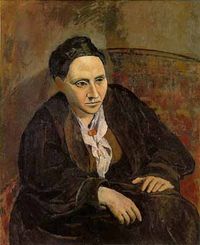 The New York Times reports that the Sotheby's auction house has refused to provide government regulators with information on bonuses paid to Sotheby's executives.  Sotheby's justifies this refusal by pointing out that if that information were to become public, its arch-rival Christie's, could use it to lure executives away from Sotheby's by offering still more lucrative compensation.  In correspondence with the SEC, posted here, Sotheby's pointed out that its "chief competitor" -- i.e., Christie's -- is a private corporation not subject to disclosure rules.

This news fascinates me for three reasons:

1. Sotheby's and Christie's are undoubtedly at the top of the heap in the art dealing industry.  Based on my circle of acquaintances, which includes many unemployed or underemployed artists, art curators and art experts, it seems likely to me that Sotheby's and Christie's benefit from being in a buyer's market when it comes to hiring executives.  If both companies under-compensated their executives, where would those executives go?  And if they left, so what?  Couldn't Sotheby's and Christie's easily find highly competent replacements who would work on paint fumes just for the honor of getting those great auction houses on their resumes?

2. But even if I'm wrong about that, if Christie's were really interested in luring executives away from Sotheby's, couldn't they just ask the executives about what sort of compensation package it would take to motivate them to move?  Is there a number one rule of Sotheby's Club that you don't talk about Sotheby's Club?

3. In any case, didn't Sotheby's waive its right to whine about the hassles of disclosure when it went public?

Listed below are links to weblogs that reference Executive Compensation Mystery at Sotheby's:

Franklin,
I saw this interesting item posted on Derek Fincham's blog. As I said to Derek, it surely undescores the fragile position of the big fine art auction houses and the growing need for some kind of market regulation, an issue discussed at the recent Deloitte art market symposium here in London during Frieze week. Another reason Sotheby's is reluctant to open the kimono is that it could expose them to criticism for excessively rewarding top executives while laying off staff elsewhere during a tough economic climate.
Best,
Tom