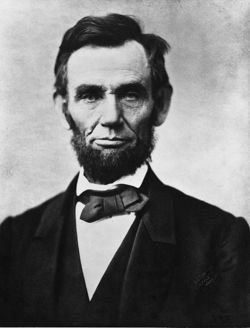 I decided to bolster the section of my Contracts course devoted to public policy issues by introducing students to the Totten doctrine and the states secrets privilege, which we will discuss without reading any cases.  In Totten, a the administrator for the estate of William A. Lloyd brings a claim against the government seeking to recover for the breach of an espionage contract.   It is alleged that Lloyd entered into an agreement with President Abraham Lincoln in which Lloyd infiltrated enemy territory during the Civil War in order to provide the U.S. Government with vital information relating to the military forces and fortifications of the Confederacy.   For these services, Lloyd was to be paid $200/month plus expenses.  Honest Abe allegedly paid Lloyd only expenses.

Justice Field, writing in 1875, found that the subject matter of the contract was a secret and that both parties must have known at the time of their agreement that their lips would be “for ever sealed respecting the relation of either to the matter.”  In order to protect the public interest in having an effective arm of the government that could engage in secret services, the Court ruled that there could be no claim for breach of a secret contract because the existence of the contract was itself a secret that could not be disclosed.

I am happy to report that Totten is a hit!  We only got to it in the last ten minutes of class, which I thought would suffice for a one-page opinion.  But when I suggested that we could continue the discussion in the next session, in addition to their now habitual groans of disapproval, a couple of students murmured: “Yes!”  And several students stuck around after class to explore the consequences of the Totten doctrine.  Giddy about this overlap of my teaching and research interests, I composed a celebratory Limerick: