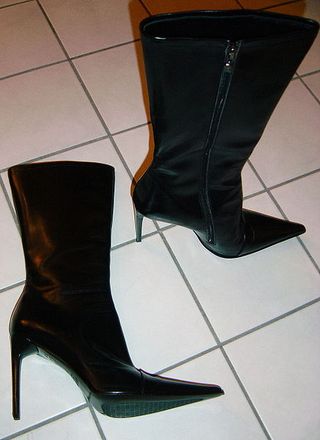 I like to give my students a little taste of the U.N. Convention on the International Sale of Goods (CISG), just so they know that it is out there and so they know that the outcome can be different if their clients' contracts are governed by the CISG rather than the UCC.  Filanto, a case I learned about by reading William S. Dodge's scholarship, is one of the cases I always teach because the Battle of the Forms can come out differently under the CISG's Article 19 than it does under the UCC's Section 2-207.  The case also illustrates what I see as the dilemma of the Contracts: Law in Action approach.

The authors of the casebook that I use are clearly right that the rules of offer and acceptance do not operate in the manner one might imagine if one only read the Restatement.  The UCC is supposed to be responsive to the more helter-skelter or haphazard way in which offer and acceptance really occur, as is the CISG. Filanto nicely illustrates the way real transactions occur:  Chilewich wants to purchase boots from Filanto and sell them in Russia.  It sends orders to Filanto and it attaches a form contract with a clause calling for arbitration of disputes in Russia.  Filanto responds in correspondence from time to time and always indicates -- without clearly stating -- that it does not want to be bound to arbitration in Russia.  The parties never resolve their differences, but a contract is formed because there is a flow of boots from Italy to New York.  Eventually Chilewich becomes frustrated with Filanto's performance and tries to enforce its understanding of the deal through arbitration in Russia.  Filanto resists and files suit in the Southern District of New York.  The issue before the court is whether the arbitration clause was part of the parties' agreement.

The court resolves the dispute by reviewing the confusion of correspondence, which constitutes an incomplete record of the parties' communications and which indicates that the parties themselves might have been confused about which terms attached to which transactions.  Out of the mass of documents, the court plucks out what it takes to be an offer, which it deems accepted through performance.  This requires some real detective work, because the parties are performing other contracts while the offer was outstanding, and it's pretty hard to identify which conduct could be construed as a response to a particular offer.  What the court describes as Filanto's written "acceptance" of the offer comes five months after what the court regarded as the offer.  The outcome of the case might well have been different if the roulette wheel had stopped on a different document as the "offer" or on a different mode of acceptance.  As delivery of the boots did not begin until after Filanto's writing, a court could have construed that writing as an offer, which was accepted through Chilewich's delivery of the boots.

Law in Action tells us that real-world transactions are like this.  The parties exchange contradictory forms which neither party ever reads, and then they both proceed based on their separate understandings of the agreement.  Neither party anticipates breach, and if breach occurs, both parties assume that they will work out a new deal rather than litigate, and so the terms of the agreement never really matter much.  The problem is that, every once in a while, the parties do litigate, and when they do, courts resolve the dispute by trying to pluck out of their very messy interactions a precise moment of offer and acceptance.  Lawyers come in handy, if at all, only in drafting form purchase orders and form acknowledgments that are designed to lead courts to determine that their clients' forms contain the terms that should govern the deal.