Daily Read: Can the Senate's Composition Change by Statute?

In a column at The Atlantic, "The Path to Give California 12 Senators, and Vermont Just One," subtitled "Maybe the two-senators-per-state rule isn’t as permanent as it seems," Political Science Professor Eric Orts agrees with many others that the Senate is essentially anti-democratic and that the time has come to change the 2 senators from every state rule.

Orts recognizes that the 2 Senators per state rule is doubly-demanded by the text of the Constitution: Not only does Article I §3 provide that "The Senate of the United States shall be composed of two Senators from each State," but Article V respecting the amendment process specifically provides "no State, without its Consent, shall be deprived of its equal Suffrage in the Senate."

Orts proposes that a way around these Constitutional commands — at least "arguably"— is through Congressional action. Orts contends that Congress could pass a law restructuring Senate representation like this:

Start with the total U.S. population, then divide by 100, since that’s the size of the current, more deliberative upper chamber. Next, allocate senators to each state according to their share of the total; 2/100 equals two senators, 3/100 equals three, etc. Update the apportionment every decade according to the official census. 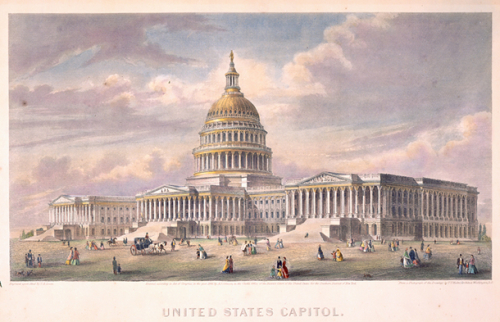 Congressional power to do so, he seems to contend, would be grounded most obviously in the Reconstruction Amendments. He cites Equal Protection Clause cases such as Reynolds v. Sims (1964) and Bush v. Gore (2000), and argues that although

the Court trimmed a portion of the Voting Rights Act in Shelby County v. Holder in 2013, Chief Justice John Roberts, in his majority opinion, reaffirmed the authority of Congress to regulate in this field and endorsed a forward-looking orientation. “The Fifteenth Amendment commands that the right to vote shall not be denied or abridged on account of race or color, and it gives Congress the power to enforce that command," he wrote. “The Amendment is not designed to punish for the past; its purpose is to ensure a better future.”

Thus, inherent in Orts's argument is not simply that the Senate does not adequately represent the population of the United States but that this inadequacy is racialized. As he notes, under the current configuration it is states with small predominantly white populations that benefit: "in California, 38 percent of citizens are white. In Texas, that figure is 43 percent," while in the two smallest states, "Vermont is 94 percent white, and Wyoming is 86 percent white."

Indeed, Orts states that  his proposal

corrects a heavy, unjustified bias favoring white citizens in the Senate. It doesn’t go too far to describe the current Senate apportionment as a vehicle entrenching white supremacy.

Would the Supreme Court uphold such a statute? Orts suggests that the Court could "stay out of the mix" by deferring to Congress or invoking the political question doctrine.

Would Congress ever pass such a statute? Orts admits that it is unlikely in large part because a more democratic Senate is a more Democratic party Senate. But, he ends, "who knows" what 2020 will bring.

[image: United States Capitol by C. E. Loven after photograph of drawing by Thomas U. Walter, via]