A closely divided Court in South Bay United Pentacostal Church v. Newsom denied the application for emergency injunction relief sought by the church from California Governor Newsom's Executive Order placing numerical restrictions on all gatherings to combat the spread of the highly infectious corona virus causing COVID-19. The Ninth Circuit panel and the district judge had similarly denied the church's motion for a preliminary injunction.

Although California’s guidelines place restrictions on places of worship, those restrictions appear consistent with the Free Exercise Clause of the First Amendment. Similar or more severe restrictions apply to comparable secular gatherings, including lectures, concerts, movie showings, spectator sports, and theatrical performances, where large groups of people gather in close proximity for extended periods of time. And the Order exempts or treats more leniently only dissimilar activities, such as operating grocery stores, banks, and laundromats, in which people neither congregate in large groups nor remain in close proximity for extended periods.

The precise question of when restrictions on particular social activities should be lifted during the pandemic is a dynamic and fact-intensive matter subject to reasonable disagreement. Our Constitution principally entrusts “[t]he safety and the health of the people” to the politically accountable officials of the States “to guard and protect.” Jacobson v. Massachusetts, 197 U. S. 11, 38 (1905). When those officials “undertake[ ] to act in areas fraught with medical and scientific uncertainties,” their latitude “must be especially broad.” Marshall v. United States, 414 U. S. 417, 427 (1974). Where those broad limits are not exceeded, they should not be subject to second-guessing by an “unelected federal judiciary,” which lacks the background, competence, and expertise to assess public health and is not accountable to the people. See Garcia v. San Antonio Metropolitan Transit Authority, 469 U. S. 528, 545 (1985).

That is especially true where, as here, a party seeks emergency relief in an interlocutory posture, while local officials are actively shaping their response to changing facts on the ground. The notion that it is “indisputably clear” that the Government’s limitations are unconstitutional seems quite improbable.

In short, religious gatherings were not being treated any differently under the California Order and the judiciary should defer to the politically accountable entities in health situations, especially when these are uncertain and changing.

Justice Bret Kavanaugh wrote a dissenting opinion, joined by Justices Thomas and Gorsuch — but interestingly not Justice Alito — concluding that the California Order did not treat the religious institutions the same as "comparable secular businesses" such as grocery stores. Kavanaugh argues that given this differential treatment, struct scrutiny should apply, and California has not advanced a sufficiently compelling reason to treat religious gatherings differently.

As the pandemic continues, there is certainly sure to be more litigation, but for a majority of the Court, gatherings including those that are religious can be limited in service to public health.

Daily Read: Crawford and Simon on Due Process and Tax at SCOTUS

The United States Supreme Court heard oral arguments in North Carolina Dept of Revenue v. Kimberley Rice Kaestner 1992 Family Trust posing the question of whether a state's taxation of a trust based solely on the residence of a beneficiary violates due process.

Professors Bridget Crawford (pictured left) and Michelle Simon (pictured below) in their article in UCLA Law Review Discourse compellingly argue that the Court should hold that a state has no constitutional authority to impose a tax on trust income where the trust’s only connection with the forum state is the residence of a contingent beneficiary. In The Supreme Court, Due Process and State Income Taxation of Trusts they contend that "Kaestner Trust is the most important due process case involving trusts that the Court has decided in over sixty years; it bears directly on the fundamental meaning of due process."

Crawford and Simon also provide a useful primer on the law and facts relevant to the issues of due process.  They state that for some "lawyers and lucky individuals," a  "list of common verbal triads includes the words 'grantor, trustee, and beneficiary,'" which will be just as familiar as other words that "seem to roll off the tongue naturally in threes" such as tic-tac-toe, snap, crackle, pop; Larry, Curly, and Moe; and peas porridge hot.  However, if one is not one of those "lucky individuals" and perhaps is even a bit shy of trusts and taxation, the article proves itself a patient and trustworthy guide.

Justice Harry Blackmun famously said that he knew he was “in the doghouse” with the Chief Justice if he received an assignment to write the opinion in a tax case. But Kaestner Trust is no dog of a case. It broadly implicates basic principles of due process. There are many reasons to allow each state to implement its own tax (and strong arguments in favor of a more uniform approach), but it would be fundamentally unfair to require a trust to pay income tax to a jurisdiction solely on the basis of the residence of a discretionary trust beneficiary who does not actually receive any trust distributions. Once the beneficiary receives trust income, it is reasonable in all respects to subject that income to taxation. The Court’s decision in Kaestner Trust will have lasting impact on the future of due process jurisprudence.

Ultimately, trusts are creatures of legal fiction. They exist because the law tolerates the idea that it is possible to split legal and equitable title to property. Trusts are not the inevitable consequence of some right to control property; their existence reflects the acceptance of the story of split ownership. In the case of trust law, fiction is already strange enough. State income taxation should hew close enough to material reality that a trust is taxed only when the trust has some meaningful connection with the jurisdiction. An accident of fate—such as where a wholly discretionary beneficiary decides to live—should not trigger income taxation.

A must-read for ConLawProfs seeking to understand Kaestner Trust and for whichever Justice (and clerks) assigned to write the opinion.

The court rejected arguments that the statutory vaccination requirement and its enforcement by exclusion of students from school violates substantive due process, the Free Exercise Clause of the First Amendment, the Equal Protection Clause of the Fourteenth Amendment, and the Ninth Amendment, as well as state and municipal law.  Important to the court's rationale, and which the opinion took care to mention even in its description of the statute, the law includes medical and religious exemptions. 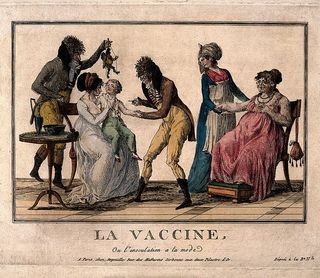 The religious exemption is most interesting in the context of this litigation.  For one plaintiff, the court affirmed the rejection of the religious basis for her sought-for exemption, agreeing with previous determinations that "her views on vaccination were primarily health‐related and did not constitute a genuine and sincere religious belief."  For another plaintiff, who had a religious exemption, the court found that the exclusion of her children from school during a vaccine-preventable outbreak of chicken pox was constitutional: "The right to practice religion freely does not include liberty to expose the community or the child to communicable disease or the latter to ill health or death.” quoting and citing Prince v. Massachusetts, 321 U.S. 158, 166‐67 (1944).

The centerpiece of the court's analysis was predictably and correctly the Supreme Court's 1905 decision in Jacobson v. Commonwealth of Massachusetts, rejecting a constitutional challenge to a state vaccination mandate.

The issue of vaccinations and constitutional challenges has received renewed attention in light of outbreaks of childhood illnesses thought to be essentially eradicated.  For example, as the LA Times reported yesterday, a recent outbreak of measles in California could be connected to vaccine-resistance:

"The current pertussis and measles outbreaks in the state are perfect examples of the consequences and costs to individuals and communities when parents choose not to vaccinate their children," [Gil] Chavez [epidemiologist with the California Department of Public Health] said.

Ther have also been widespread reports of illness outbreaks in Michigan, arguably attributable to its liberal opt-out allowance for school children.

Carol Anne Bond Going Back to the Supreme Court 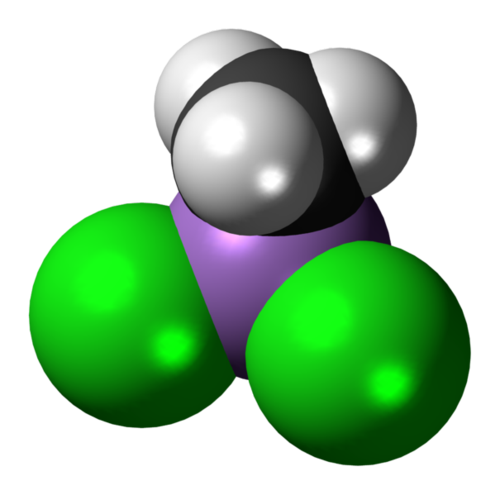 Recall that the first time the Court heard Carol Anne Bond's case, it held that she did indeed have standing to assert a Tenth Amendment argument against her charge for violating 18 U.S.C. § 229(a), enacted by Congress to implement the United States’ treaty obligations under an international arms-control agreement, the Chemical Weapons Convention, that prohibits nation-states from producing, stockpiling, or using chemical weapons.  Bond, a biologist, used her expertise to spread injurious chemicals on the property of her former best friend, after learning that the friend was pregnant by Bond’s husband.   Although Bond was prosecuted in state court, she continued her campaign against her former friend and she was eventually prosecuted in federal court.

On remand, the Third Circuit held that the Chemical Weapons Convention "falls comfortably within the Treaty Power's traditional subject matter limitation" and thus the implementing Act is "within the constitutional powers of the federal government under the Necessary and Proper Clause and the Treaty Power, unless it somehow goes beyond the Convention."  While the Circuit did find the prosecution of Bond puzzling, there was also much puzzlement over the statement in Missouri v. Holland that “[i]f [a] treaty is valid there can be no dispute about the validity of the statute [implementing that treaty] under Article 1, Section 8, as a necessary and proper means to execute the powers of the Government."

It seems the Supreme Court is ready to clarify - - - or attempt to - - - Missouri v. Holland's famous statement.

RR
[image of Methyldichloroarsine via]