In a divided panel opinion in Gary B. v. Whitmer, the Sixth Circuit held that there is a fundamental right to a "basic minimum education" providing "access to literacy" as a substantive due process right under the Fourteenth Amendment.

Recall that in July 2018, United States District Judge for the Eastern District of Michigan Stephen Murphy dismissed the complaint in Gary B. alleging constitutional violations in the public schools in Detroit. For Judge Murphy, the constitutional right alleges here of "access to literacy" was sufficient to seemingly distinguish it from San Antonio Independent School District v. Rodriguez (1973), in which the Court rejected "education" as a fundamental right, but not ultimately distinguishable. The district judge found any right to access literacy was not cognizable as a fundamental right under the "standard" articulated in Washington v. Glucksberg (1997) and the complaint was furthermore seeking recognition of a prohibited "positive right" given that the Constitution only recognizes "negative" rights.

On appeal, the Sixth Circuit reversed this conclusion. (The Sixth Circuit did affirm the district court's finding that the claims for equal protection merited dismissal).

The 60 page opinion by Judge Eric Clay, joined by Judge Jane Branstetter Stranch, is impressively well-written and well-structured. After an extensive discussion of the facts and procedural history, the court articulates the standard for its review of a motion to dismiss and disposes of the mootness and sovereign immunity arguments. The court also relatively quickly dispatches the equal protection claim based on the pleadings as well as the claim that the state's compulsory education mandate gives rise to a due process claim (seemingly a "negative right" backup to the argument that the complaint failed as only seeking "positive" rights).  The court reaches the central issue of the fundamental right to a basic minimum education, "meaning one that provides access to literacy" at about midway through the opinion.

The court first articulates the two-pronged Glucksberg test and then rehearses the United States Supreme Court's education cases, beginning with this overview:

Beyond the general framework for assessing whether an asserted right is fundamental, the Supreme Court has also, in a series of cases, addressed the extent of constitutional rights with respect to state-provided education. Its education jurisprudence teaches several lessons. First, the Court has found that there is no broad, general right to education. Rodriguez. Second, while no general right to education exists, the Supreme Court has specifically distinguished and left open “whether a minimally adequate education is a fundamental right.” Papasan v. Allain, 478 U.S. 265, 285 (1986); see also Rodriguez. Third, education is, at minimum, highly important to “maintaining our basic institutions,” and so the denial of public education to a discrete group of students “must be justified by a showing that it furthers some substantial state interest.” Plyler [v. Doe (1982)]. And fourth, the Court has addressed the critical link between education and race discrimination in America. We discuss the Court’s relevant education cases in turn, beginning chronologically. 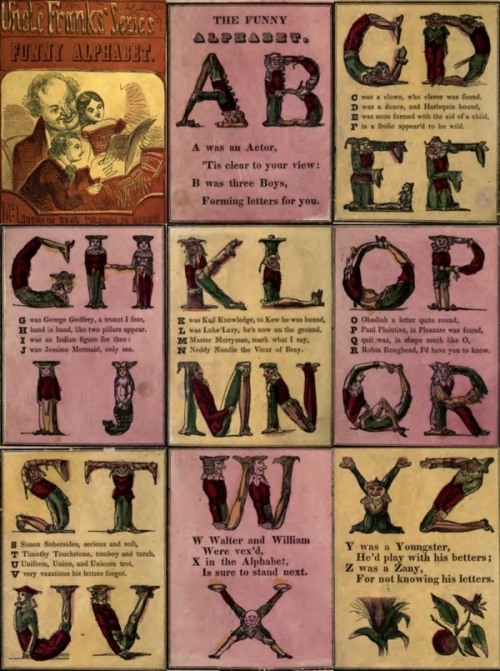 After its detailed discussion of Rodriguez and Plyler, incorporating the parties' arguments, the court discussed the lesser-known cases of Papasan v. Allain and Kadrmas v. Dickinson Public Schools (1988). The court notes that the plaintiffs in Papasan did argue that they were deprived an opportunity to acquire basic minimal skills under the state's funding scheme, but the Court did not reject their claim as a matter of substantive due process: "Instead, the Court found that, assuming such a right existed, the plaintiffs had failed to allege sufficient facts in support of their claim." This, the Sixth Circuit reasoned, was an "answer on pleadings, sure, but not on constitutional law." Similarly, the Sixth Circuit found that the "Court essentially repeated this non-answer in Kardmas." Kardmas involved a fee charged for the bus transportation to attend public schools, but given that the plaintiffs were attending school "despite the bus fee," their claim was interpreted not as a denial of education but for wealth-discrimination based the payment of the bus fee. The Sixth Circuit quotes Justice Marshall's dissent in Kardmas as stating that the Court had still not decided whether there was a fundamental right to a minimal education.

That is the question that the Sixth Circuit panel takes up, using the framework of the Glucksberg prongs, and finds that access to a minimal education is a fundamental right.

In its discussion of whether the right to a basic minimum education is "deeply rooted in our Nation's history and traditions," the Sixth Circuit finds that the historical prevalence of education makes it "deeply rooted in our history and tradition, even under an originalist view." The opinion then notes that 92% of the population lived under mandated state-policies of public education at the time of the Fourteenth Amendment, and further declares that "history should not be viewed only as a static point," discussing the expansion of education. Most interestingly, perhaps, Judge Clay's opinion for the Sixth Circuit majority then develops an argument that "Our nation's history of racial discrimination further reveals the historical and lasting importance of education and the significance of its modern ubiquity." At the conclusion of that discussion, including the criminalization of teaching enslaved persons to read, the court concludes:

There are two main takeaways from this history of racial discrimination in education, as well as from past interventions by the courts. First, access to literacy was viewed as a prerequisite to the exercise of political power, with a strong correlation between those who were viewed as equal citizens entitled to self-governance and those who were provided access to education by the state. Second, when faced with exclusion from public education, would-be students have repeatedly been forced to rely on the courts for relief. The denials of education seen in these cases and beyond are now universally accepted as serious injustices, ones that conflict with our core values as a nation. Furthermore, the substantial litigation devoted to addressing these exclusions reveals the unparalleled value assigned to literacy, which is viewed by our society as essential for students to obtain even a chance at political and economic opportunity.

As to the second Glucksberg prong, which looks for the right to be implicit in the concept of ordered liberty, the Sixth Circuit notes that the belief that education is a means of achieving equality is a belief that has persisted in the nation "since the days of Thomas Jefferson," and concludes that providing a basic minimal education is necessary to prevent arbitrary denials to children based on no fault of their own, which is "so essential to our concept of ordered liberty."

The Sixth Circuit opinion then takes up the counter-arguments, including those made by the dissenting judge, Eric Murphy (recently appointed to the Sixth Circuit and seemingly no relation to district judge Eric Murphy). The Sixth Circuit majority refutes the judicial restraint argument with an articulation, if unlabeled, of a representation-reinforcement argument, with a footnote discussing its applicability to due process as well as equal protection:

But it is unsurprising that our political process, one in which participation is effectively predicated on literacy, would fail to address a lack of access to education that is endemic to a discrete population. The affected group—students and families of students without access to literacy—is especially vulnerable and faces a built-in disadvantage at seeking political recourse. The lack of literacy of which they complain is exactly what prevents them from obtaining a basic minimal education through the normal political process. This double bind provides increased justification for heightened judicial scrutiny and the recognition of the right as fundamental.

The Sixth Circuit majority also takes up the positive/negative rights dichotomy, first arguing that the constitutional tort at issue in DeShaney v. Winnebago County of Department of Social Services (1989), has no applicability to public education, and that even if it did, it is the state that is "creating the danger" here (rather than a private actor), thus bringing the case within the state-created danger exception.

Finally, with due recognition that the case is before the Sixth Circuit on a motion to dismiss, the majority acknowledged that it would be difficult to "define the exact limits of what constitutes a basic minimum education" sufficient to provide access to literacy. However, the majority stated that it would seem to include at least three basic components: facilities, teaching, and educational materials (e.g., books).  The case is therefore remanded to the district court to proceed.

But how the case will proceed is uncertain. In a usual scenario, the State would seek review. The Michigan Attorney General, Dana Nessel, however has stated that she is "overjoyed" with the Sixth Circuit's decision. (It was originally defended under a previous Michigan administration).  There is also some lack of clarity regarding the proper defendant or appellant, given that the school district is now under more local control (an issue that the Sixth Circuit discussed in its mootness analysis). If a party does not seek review, there is the possibility that the en banc Sixth Circuit may decide to consider the case. Under Sixth Circuit rules and internal operating procedures, 6 I.O.P. 35(e), "any member of the en banc court may sua sponte request a poll for hearing or rehearing en banc before a party files an en banc petition" and the "clerk will immediately circulate voting forms to the en banc court."  The en banc judges are judges in "regular active service" (meaning not senior judges) and including the panel judges no matter their status. It's quite possible that the dissenting judge would request a poll.