The Court heard oral argument in United States v. Sineneng-Smith involving the constitutionality of 8 U.S.C.§ 1324(a)(1)(A)(iv). The statute makes it a crime for any person who

encourages or induces an alien to come to, enter, or reside in the United States, knowing or in reckless disregard of the fact that such coming to, entry, or residence is or will be in violation of law.

The Ninth Circuit held that this subsection "criminalizes a substantial amount of protected expression in relation to the statute’s narrow legitimate sweep; thus, we hold that it is unconstitutionally overbroad in violation of the First Amendment."

The oral argument before the Supreme Court on certiorari was a criss-crossing of the lines between conduct and speech, between criminal law and the First Amendment, and between constitutional avoidance and judicial ability to redraft a statute.  The Deputy Solicitor General argued that the statutory provision was not aimed at speech and did not encompass "substantial amounts of it," and if it did, courts could remedy those situations with as-applied challenges rather than the "last resort remedy of overbreadth invalidation." Arguing for the Respondent, who had been convicted of two counts of the crime, Mark Fleming contended that the words of the statute — "encourages or induces" — are much broader than usual criminal words such as "solicitation" or "aiding and abetting." Fleming emphasized that the "even accurate advice" encouraging someone to stay in the United States is criminalized, including a teacher who says to an undocumented student that she should stay and pursue her education.

The argument returned several times to an amicus brief filed by Professor Eugene Volokh in support of neither party. Volokh contended that the Court should recognize that the line between protected abstract advocacy and unprotected solicitation must turn on specificity, and that

(emphasis in original). It was this issue — that the undocumented person could be merely civilly liable while the person who "encourages or induces" the action of staying would be criminally prosecuted — that seemed to cause some consternation amongst the Justices. Justice Alito raised the encouraging suicide hypothetical:

There's a teenager who's -- who has been very seriously bullied and is very depressed and is thinking of committing suicide. The teenager has a gun in his hand. He calls up the one person he thinks is his friend and he says, I'm thinking of killing myself. And the person on the other end of the line says, you've said this before, I'm tired of hearing this from you, you never follow through, you're a coward, why don't you just do it, I encourage you to pull the trigger. 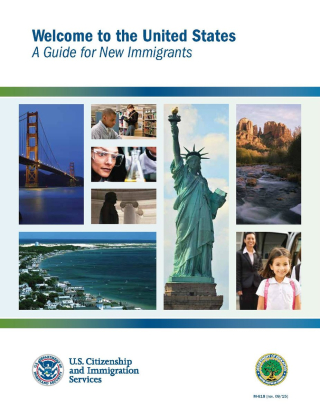 Nevertheless, whether or not the statute would be used that way, or to prosecute people based only on their speech, Fleming pointed to United States v. Stevens, involving the "crush-porn" statute which the Court found unconstitutional, noting that the "first Amendment does not require us to rely on the grace of the executive branch." Interestingly, after Stevens, Congress did pass a more narrow statute which has been upheld.  That experience would surely be on some of the Justices' minds as they consider Chief Justice Roberts's comments about whether the extent to which the statute might be rewritten would need to be "passed by the Senate and House" and "signed by the President," garnering laughter in the courtroom.

Yet Fleming also noted that the government has recently made a "focus" of the enforcement of immigration laws and should the Court uphold the statute, more robust enforcement would likely follow. Given the current controversies around immigration, that would surely also be on the minds of the Justices.