Daily Read: Justice Sotomayor on Role of the Court

Dissenting from the grant of a stay in Wolf v. Cook County, Illinois, involving the controversial "public charge" immigration rule of the Trump Administration, Justice Sotomayor wrote that the Court has been "too quick" to grant the United States government's requests for stays especially as compared to not granting stays in other circumstances, including executions. Importantly, the stay at issue was not related to a nationwide injunction: 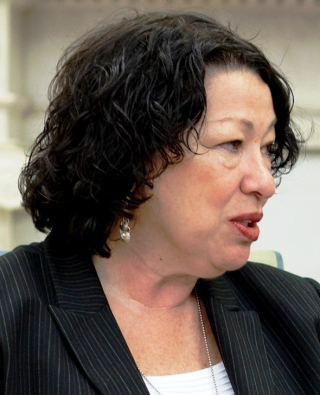 Its public-charge rule is set to go into effect in 49 of 50 States next week. The Seventh Circuit is set to consider the Illinois-specific injunction next week as well, with a decision to follow shortly thereafter. And the Government is unable to articulate how many cases—if any—this narrow injunction would affect in the meantime. In sum, the Government’s only claimed hardship is that it must enforce an existing interpretation of an immigration rule in one State—just as it has done for the past 20 years—while an updated version of the rule takes effect in the remaining 49. The Government has not quantified or explained any bur- dens that would arise from this state of the world. Indeed, until this Court granted relief in the New York cases, the Government itself did not consider this Illinois-specific harm serious enough to warrant asking this Court for relief.

These facts—all of which undermine the Government’s assertion of irreparable harm—show two things, one about the Government’s conduct and one about this Court’s own. First, the Government has come to treat “th[e] exceptional mechanism” of stay relief “as a new normal.” Barr v. East Bay Sanctuary Covenant, 588 U. S. ___, ___ (2019) (SOTOMAYOR, J., dissenting from grant of stay) (slip op., at 5). Claiming one emergency after another, the Government has recently sought stays in an unprecedented number of cases, demanding immediate attention and consuming lim- ited Court resources in each. And with each successive application, of course, its cries of urgency ring increasingly hollow. Indeed, its behavior relating to the public-charge rule in particular shows how much its own definition of ir- reparable harm has shifted. Having first sought a stay in the New York cases based, in large part, on the purported harm created by a nationwide injunction, it now disclaims that rationale and insists that the harm is its temporary inability to enforce its goals in one State.

Second, this Court is partly to blame for the breakdown in the appellate process. That is because the Court—in this case, the New York cases, and many others—has been all too quick to grant the Government’s “reflexiv[e]” requests. Ibid. But make no mistake: Such a shift in the Court’s own behavior comes at a cost.

Perhaps most troublingly, the Court’s recent behavior on stay applications has benefited one litigant over all others. This Court often permits executions—where the risk of irreparable harm is the loss of life—to proceed, justifying many of those decisions on purported failures “to raise any potentially meritorious claims in a timely manner.” Murphy v. Collier, 587 U. S. ___, ___ (2019) (second statement of KAVANAUGH, J.) (slip op., at 4); see also id., at ___ (ALITO, J., joined by THOMAS and GORSUCH, JJ., dissenting from grant of stay) (slip op., at 6) (“When courts do not have ad- equate time to consider a claim, the decisionmaking process may be compromised”); cf. Dunn v. Ray, 586 U. S. ___ (2019) (overturning the grant of a stay of execution). Yet the Court’s concerns over quick decisions wither when prodded by the Government in far less compelling circumstances— where the Government itself chose to wait to seek relief, and where its claimed harm is continuation of a 20-year status quo in one State. I fear that this disparity in treatment erodes the fair and balanced decisionmaking process that this Court must strive to protect.

In brief, Justice Sotomayor has argued that some of her colleagues have been biased toward the Trump Administration's petitions.