The Court heard oral argument in New York State Rifle & Pistol Association Inc. v. City of New York, New York regarding a New York City regulation that allows a person having a "premises license" — one the most restricted type of licenses —  for handguns to “transport her/his handgun(s) directly to and from an authorized small arms range/shooting club, unloaded, in a locked container, the ammunition to be carried separately,”  but further defines an "authorized" range/shooting club as limited to facilities located in New York City.  Recall that  the Second Circuit unanimously upheld the regulation.

There is a substantial mootness question here: the City of New York changed the regulation to allow for transport to another residence and a range or shooting club, whether or not those secondary places are within the City. Additionally, the state of New York amended its law to provide for the legality of transport. The Court had previously rejected a filed "Suggestion of Mootness" and instructed the parties to address the issue at oral argument.

Arguing for the NYSRPA, a state gun-rights organization, Paul Clement broached the subject of mootness in his introduction and Justice Ginsburg asked him "So what's left of this case? The Petitioners have gotten all the relief that they sought." While Clement argued they were entitled to an injunction, the mootness issue resurfaced again and again. Arguing for the United States, supporting the gun rights organization, Principal Deputy Solicitor General Jeffrey Wall contended the named plaintiffs could be entitled to damages and thus the case was not moot. On behalf of the City of New York, Richard Dearing argued that "changes in state and city law have given Petitioners everything they asked for and, indeed, more than that," and that rather than view the City's actions "skeptically," it is a "good thing and not a cause for concern when the government responds to litigation by resolving matters through the democratic process." As to any damages claim that might be added in the future by petitioners, Dearing argued that this would be a unique support for the courts exercising Article III power.

On the merits, an underlying argument concerns the level of scrutiny suitable for evaluating the law. The Second Circuit panel tracked the analytic structure articulated previously by the Second Circuit in New York State Rifle & Pistol Ass'n v. Cuomo, decided in 2015. The Second Circuit concluded that intermediate scrutiny was the appropriate standard based on its analysis of two factors: "(1) ‘how close the law comes to the core of the Second Amendment right’ and (2) ‘the severity of the law’s burden on the right.' "  The level of scrutiny to be applied to gun regulations was a question left open by the Court's decisions in District of Columbia v. Heller (2008) and McDonald v. City of Chicago (2010). Yet the oral argument did not delve deeply into this issue. Wall argued that the Second Circuit had applied a "watered-down form of scrutiny" and the correct standard is simply that the "text, history, and tradition" mandate "real protection" for the Second Amendment, seemingly always strict scrutiny.

Justice Kavanuagh, like Justice Thomas, had no questions, and whether or not the Court will dismiss the case as moot is difficult to predict, although it would seem to be a likely outcome. Note also that the Court's legitimacy should it reach the merits in this case will certainly be questioned; an amicus brief by several Senators has made that point and attracted attention. 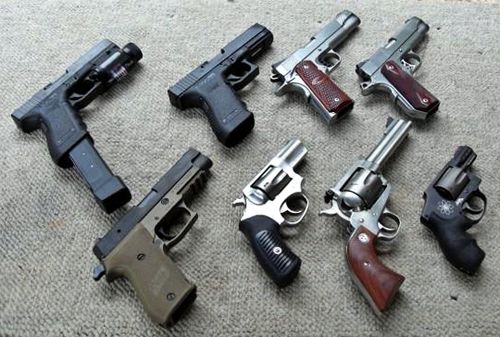