In an extensive article in the New Yorker, Is the Supreme Court’s Fate in Elena Kagan’s Hands?, Margaret Talbot provides a profile of Justice Kagan, situating her in her role as the Court's "youngest liberal":

Talbot is good at relating Kagan's background and her written opinions:

Although Kagan didn’t become a historian, her opinions at the Court often read as though a historian might have written them. It’s not because she stuffs them with references to the Founding Fathers—some of her colleagues do that more often, and more clumsily—but because she knows how to weave an internally coherent and satisfying narrative, incorporating different strands of explanation and event.

Like any historian worth reading, Kagan avoids getting mired in the details. Her best opinions often begin by sounding broad political themes, as though she were gathering people around her to tell a story about democracy.

Definitely worth a read (or a listen) at the New Yorker. 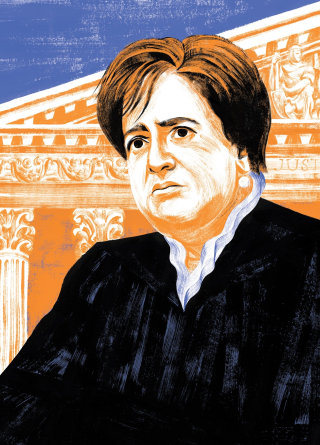