The United States Supreme Court heard oral arguments in Ramos v. Louisiana involving whether the Sixth Amendment confers a right to a unanimous jury verdict and whether that right is incorporated against the states through the Fourteenth Amendment. Justice Thomas was not on the bench for the argument.

Recall that the issue of which rights in the Bill of Rights are incorporated to the states has received recent attention: in McDonald v. City of Chicago (2010),  a 5-4 Court held that the Second Amendment is incorporated as against the states through the Fourteenth Amendment (with four Justices finding this occurred through the Due Process Clause and Justice Thomas stating the proper vehicle was the Privileges or Immunities Clause).  And just last Term, in Timbs v. Indiana, the United States Supreme Court unanimously concluded that the Excessive Fines Clause of the Eighth Amendment is applicable to the states through the Fourteenth Amendment. 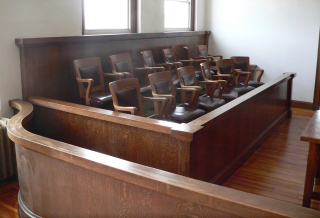 The precedential value of Apodaca, a case in which the Justices split 4-1-4, was at the center of the oral argument, although at times not as central as might be predicted.  The reliance of Louisiana on Apodaca in stare decisis considerations was certainly discussed at length,including the issue of how many inmates would be effected by the Court's ruling.  It was unclear how many persons were currently serving sentences under less than unanimous jury verdicts, although petitioner's counsel stated there were currently 36 cases on direct appeal.

However the Solicitor General of Louisiana largely advanced a different argument. She vigorously argued that the Sixth Amendment should not be read to require unanimous jury verdicts at all — whether or not in the context of incorporation. She stated that "nothing in the text, structure, or history of the Sixth Amendment requires unanimous jury verdicts." There seemed to be little support for this construction, although the Justices and opposing counsel did discuss the differences between unanimity and the "12" requirement which the Court has held is not constitutionally required.

There was little indication the Court was likely to revise its Sixth Amendment jurisprudence. And more indication that the Court would continue its trend of incorporating rights in the Bill of Rights as against the states, which would mean overruling Apodaca.

Interestingly, the Louisiana Constitution was amended last year to require unanimous juries, but not retroactively; only applicable to offenses committed on or after 1-1-2019.
Previously, 10/12 required.