For American law professors, trying to understand British law developments can be challenging.

The UK House of Commons Library issued an excellent explainer on prorogation in June: a briefing paper that explains what it means to "prorogue" Parliament, under what authority it is done, and what its consequences are, with historical and international context for prorogation, and relevance to the Brexit process.

is  exercised by the Crown on the advice of the Privy Council. In practice this process has been a formality in the UK for more than a century: the Government of the day advises the Crown to prorogue and that request is acquiesced to.

Prorogation has both immediate and wider constitutional effects. The former effects are relevant to all circumstances in which Parliament is prorogued. The less immediate effects typically take on a greater significance when the period of prorogation is longer.

The paper can be downloaded at the House of Commons here. 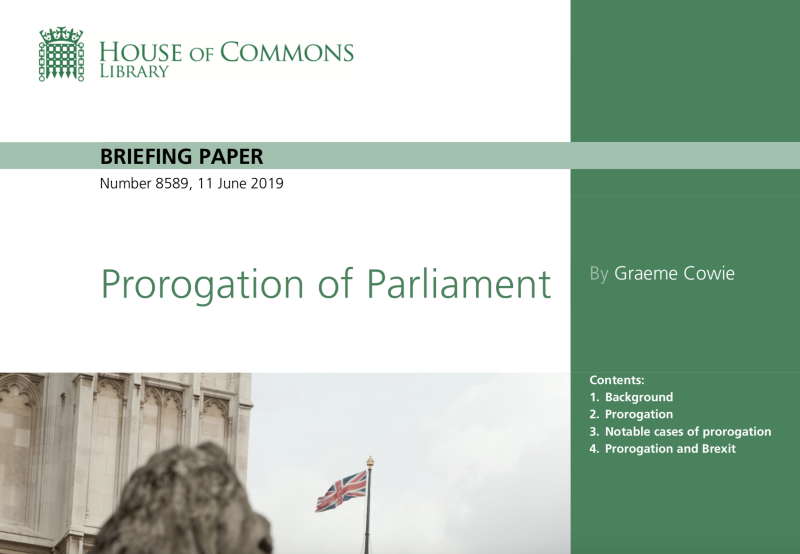