In its opinion in Overbey v. Mayor & City Council of Baltimore, the Fourth Circuit held that non-disparagement clauses in settlement of police misconduct claims violates the First Amendment.

Writing for the majority, Judge Henry Floyd, described the non-disparagement clauses that the Baltimore Police Department inserted in 95% of its settlement agreements. Here, Ashley Overbey sued the city for being arrested in her home when she called 911 to report a burglary, resulting in a settlement of $63,000, complete with the usual non-disparagement provision. The Baltimore Sun newspaper reported on the settlement as it went before a city agency for approval, including a negative comment about Overbey from the City Solicitor, and the reporting prompted some anonymous on-line comments, to which Overbey responded online. The City decided that Overbey's online comments violated the non-disparagement clause and thus remitted only half of the settlement amount, retaining $31,500 as "liquidated damages."

The court found that the settlement agreement included a waiver of Overbey's First Amendment rights (rejecting the City's argument that the First Amendment was not implicated by refraining from speaking), and further held that the waiver was "outweighed by a relevant public policy that would be harmed by enforcement." The court rejected the city's arguments, including a fairness argument that the court should enforce Overbey's sale of her speech rights:

Essentially, the City argues that half of Overbey’s settlement sum was earmarked for her silence, and that it would be unfair for Overbey to collect that half of her money when she was not, in fact, silent. When the second half of Overbey’s settlement sum is viewed in this light, it is difficult to see what distinguishes it from hush money. Needless to say, this does not work in the City’s favor. We have never ratified the government’s purchase of a potential critic’s silence merely because it would be unfair to deprive the government of the full value of its hush money. We are not eager to get into that business now.

The court thus reversed the district judge's grant of summary judgment to the city. It's opinion clearly held that "the non-disparagement clause in Overbey's settlement agreement amounts to a waiver of her First Amendment rights and that strong public interests rooted in the First Amendment make it unenforceable and void."

The court also considered the First Amendment claim of the other plaintiff, Baltimore Brew, a local news website, which the district judge had dismissed for lack of standing. The court held that Brew had standing based on its complaint's allegations regarding the City's pervasive use of non-disparagement clauses in settlements with police brutality claimants as it "impedes the ability of the press generally and Baltimore Brew specifically, to fully carry out the important role the press plays in informing the public about government actions." The court stressed that its conclusion was based on the allegations in the complaint and that the evidentiary record should be developed by the district judge. 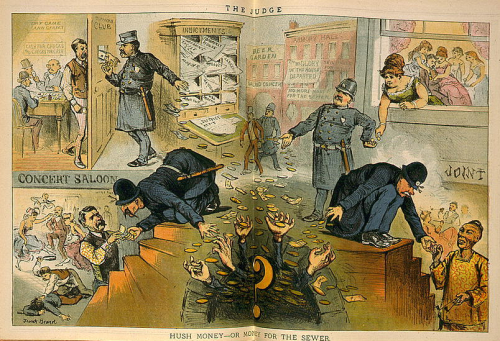 Dissenting, recent appointee to the bench Judge Marvin Quattlebaum stated that since Overbey entered into the settlement agreement voluntarily — a question the majority stated it need not resolve given its conclusion regarding public interest — the courts should enforce it. The defendants, the dissenting judge argued, have an interest in finality, the certainty of their contract, and gave up their "opportunity for vindication by a judge or jury" and are thus entitled to have the non-
disparagement clause enforced.  In a footnote, the dissenting judge found the "hush money" by the majority as "harsh words," suggesting that a better view is that the plaintiff "cannot have her cake and eat it too."