Recall that in June 2018, the United States Supreme Court without opinion, in Arlene's Flowers v. Washington, granted the petition for writ of certiorari, vacated the judgment of the Washington Supreme Court, and remanded the case for consideration in light of its decision earlier than month in Masterpiece Cakeshop, Ltd. v. Colorado Civil Rights Comm'n. Given the holding in Masterpiece Cakeshop that the Colorado Civil Rights Commission, or one specific commissioner, exhibited "hostility" to the cakemaker in that case, the Washington Supreme Court was now tasked with determining whether there was a similar hostility towards the religion of the florist in Arlene's Flowers, Baronnelle Stutzman, and if so, applying strict scrutiny. 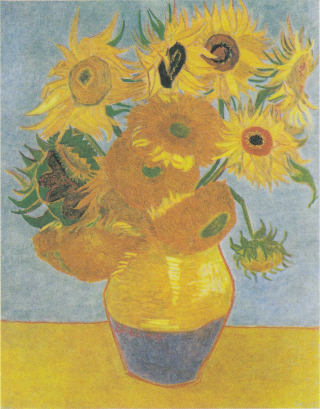 The Washington Supreme Court, on page 2 of its 76 page opinion, proclaimed: "We now hold that the answer to the Supreme Court's question is no; the adjudicatory bodies that considered this case did not act with religious animus when they ruled that the florist and her corporation violated the Washington Law Against Discrimination . . . ."

The Washington Supreme Court's opinion concludes that "After careful review on remand, we are confident that the courts resolved this dispute with tolerance, and we therefore find no reason to change our original judgment in light of Masterpiece Cakeshop. We again affirm the trial court's rulings."

It is a solid well-reasoned unanimous opinion, but given this hard-fought and well-financed litigation, it's likely that Arlene's Flowers will again petition the United States Supreme Court for certiorari.

image: Vincent Van Gogh, Twelve Sunflowers in a Vase, circa 1887, via.