In its opinion in North Carolina Dept of Revenue v. Kimberley Rice Kaestner 1992 Family Trust the United States Supreme Court unanimously held that a state's taxation of a trust based solely on the residence of a beneficiary — even where the beneficiary did not receive any income — violates due process.

Recall our discussion of the view from Professors Bridget Crawford and Michelle Simon that "Kaestner Trust is the most important due process case involving trusts that the Court has decided in over sixty years; it bears directly on the fundamental meaning of due process," and their discussion of the facts and merits of the case.  They urged the Supreme Court to affirm the conclusion of the North Carolina Supreme Court that the state lacked the power to tax consistent with due process and that's what the Court did.

Justice Sotomayor's succinct 16 page opinion is a model of clarity and analysis. The Court's conclusion clearly rests on the fact that there was no actual income or entitlement to distribution of any income from the trust managed by an out-of-state trustee:

The opinion sets out the doctrine:

The Due Process Clause provides that “[n]o State shall . . . deprive any person of life, liberty, or property, without due process of law.” The Clause “centrally concerns the fundamental fairness of governmental activity.”

In the context of state taxation, the Due Process Clause limits States to imposing only taxes that “bea[r] fiscal relation to protection, opportunities and benefits given by the state.” The power to tax is, of course, “essential to the very existence of government,” but the legitimacy of that power requires drawing a line between taxation and mere unjustified “confiscation.” That boundary turns on the “[t]he simple but controlling question . . . whether the state has given anything for which it can ask return.”

The Court applies a two-step analysis to decide if a state tax abides by the Due Process Clause. First, and most relevant here, there must be “‘some definite link, some minimum connection, between a state and the person, property or transaction it seeks to tax.’ ” Second, “the ‘income attributed to the State for tax purposes must be rationally related to “values connected with the taxing State.”’”

To determine whether a State has the requisite “minimum connection” with the object of its tax, this Court borrows from the familiar test of International Shoe Co. v. Washington (1945). A State has the power to impose a tax only when the taxed entity has “certain minimum contacts” with the State such that the tax “does not offend ‘traditional notions of fair play and substantial justice.’” The “minimum contacts” inquiry is “flexible” and focuses on the reasonableness of the government’s action. Ultimately, only those who derive “benefits and protection” from associating with a State should have obligations to the State in question.

Applying this doctrine to a trust involving an instate resident — whether beneficiary, settlor, or trustee—the Court stated that the

Due Process Clause demands attention to the particular relationship between the resident and the trust assets that the State seeks to tax. Because each individual fulfills different functions in the creation and continuation of the trust, the specific features of that relationship sufficient to sustain a tax may vary depending on whether the resident is a settlor, beneficiary, or trustee. When a tax is premised on the in- state residence of a beneficiary, the Constitution requires that the resident have some degree of possession, control, or enjoyment of the trust property or a right to receive that property before the State can tax the asset.  Otherwise, the State’s relationship to the object of its tax is too attenuated to create the “minimum connection” that the Constitution requires.

Here, where the only instate resident was a beneficiary who did not receive any income and did not have a right to demand any distribution, the "minimum connection" was not sufficient. 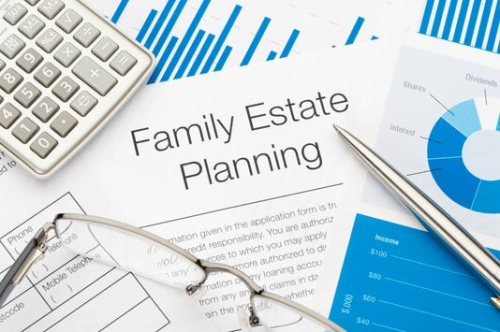 Justice Alito wrote a brief concurring opinion, joined by Chief Justice Roberts and Justice Gorsuch, to stress that "the opinion of the Court merely applies our existing precedent and that its decision not to answer questions not presented by the facts of this case does not open for reconsideration any points resolved by our prior decisions" and the "Court's discussion of the peculiarities of this trust does not change the governing standard, nor does it alter the reasoning applied in our earlier cases."