In its opinion in Knick v. Township of Scott, Pennsylvania, a closely divided United States Supreme Court held that a person alleging that their property has been taken by state or local governments may sue in federal court without seeking compensation from state courts, overruling Williamson County Regional Planning Comm'n v. Hamilton Bank of Johnson City (1985).

The case was reargued in February 2019 after Justice Kavanaugh joined the Court and his vote made a difference: the majority opinion by Chief Justice Roberts is joined by Justices Thomas, Alito, Gorsuch, and Kavanaugh.  Justice Kagan wrote the dissenting opinion, joined by Justices Ginsburg, Breyer, and Sotomayor.

The facts involve a regulatory taking challenge by the owner of land in rural Pennsylvania which includes a "family cemetery" in the Township of Scott, which had passed an ordinance requiring cemeteries be kept open to the public in daylight hours.  The land owner Rose Mary Knick challenged the ordinance as a taking in state court seeking only declarative and injunctive relief, but not "just compensation."  She thereafter went to federal court, which dismissed her action under the doctrine of Williamson County, which required seeking "inverse condemnation" (and thus "just compensation") in state court, and the Third Circuit affirmed.

Writing for the five Justice majority, Chief Justice Roberts holds that the Fifth Amendment's Taking Clause is violated when the taking occurs and the property owner must be able to bring an action in federal court at that time. The effective establishment of an "exhaustion requirement" in Williamson County  relegates the Takings Clause to a "poor relation" among the Bill of Rights protections, which the majority finds must be remedied by eliminating the requirement to go to state court and therefore "restoring takings claims to the full-fledged constitutional status the Framers envisioned when they included the Clause among other protections in the Bill of Rights."  Chief Justice Roberts's majority opinion explains the bad precedent of Williamson County as resulting from the particular procedural facts under which the "Court may not have adequately tested the logic" of the state-litigation requirement and did not anticipate the "preclusion trap" which later resulted (in which the state court findings would be given preclusive effect by the federal court).  The Court's opinion concludes that Williamson County should be overruled despite stare decisis given these "shaky foundations," adding that the state-litigation requirement has been subject to criticism and has "proved to be unworkable in practice."

Writing the dissenting opinion for four Justices, Justice Kagan argues that it is not simply Williamson County that is being overruled, but rejects longstanding understandings of the Takings Clause. For the dissenters, the text of the Takings Clause is vital: the Clause states that private property shall not be taken for public use without just compensation. Thus, unlike other constitutional rights which the majority also discusses, Kagan argues that a Takings Clause violation has two necessary elements: "First, the government must take the property. Second, it must deny the property owner just compensation." The failure of the majority to recognize the distinctive aspects of the Takings Clause is is the basis of two of Kagan's four critiques of the Court's opinion. The third critique is based on the Court's reinterpretation of precedent, including under the Williamson County rule, which Justice Kagan states is "with a theory so, well, inventive that it appears in neither the petitioner’s nor her 15-plus amici’s briefs." This is an interesting nod to the amicus briefs filed on behalf of Knick which include briefs from Washington Legal Foundation and Congressman Steve King. Lastly, under the federal Tucker Act, involving claims against the federal government seeking just compensation for a taking.

Perhaps most importantly, Justice Kagan's dissent argues that the consequence of the majority's decision will be to "channel a mass of quintessentially local cases involving complex state-law issues into federal courts." Kagan's opinion highlights the regulatory takings problems (as opposed to the less complex actual taking of property):

This case highlights the difficulty. The ultimate constitutional question here is: Did Scott Township’s cemetery ordinance “go[ ] too far” (in Justice Holmes’s phrase), so as to effect a taking of Rose Mary Knick’s property? Pennsylvania Coal Co. v. Mahon, 260 U. S. 393, 415 (1922). But to answer that question, it is first necessary to address an issue about background state law. In the Township’s view, the ordinance did little more than codify Pennsylvania common law, which (the Township says) has long required property owners to make land containing human remains open to the public. See Brief for Respondents 48; Brief for Cemetery Law Scholars as Amici Curiae 6–26. If the Township is right on that state-law question, Knick’s constitutional claim will fail: The ordinance, on that ac- count, didn’t go far at all. But Knick contends that no common law rule of that kind exists in Pennsylvania. See Reply Brief 22. And if she is right, her takings claim may yet have legs. But is she? Or is the Township? I confess: I don’t know. Nor, I would venture, do my colleagues on the federal bench. But under today’s decision, it will be the Federal District Court for the Middle District of Pennsylvania that will have to resolve this question of local cemetery law.

Justice Kagan also points out that this is the second time in a month that a five member majority [and indeed, the same five member majority] of the Court has overruled "longstanding precedent," quoting from Justice Breyer's dissent in Franchise Tax Bd. of California v. Hyatt.  She writes that "the entire idea of stare decisis is that judges do not get to reverse a decision simply because they never liked it in the first place." 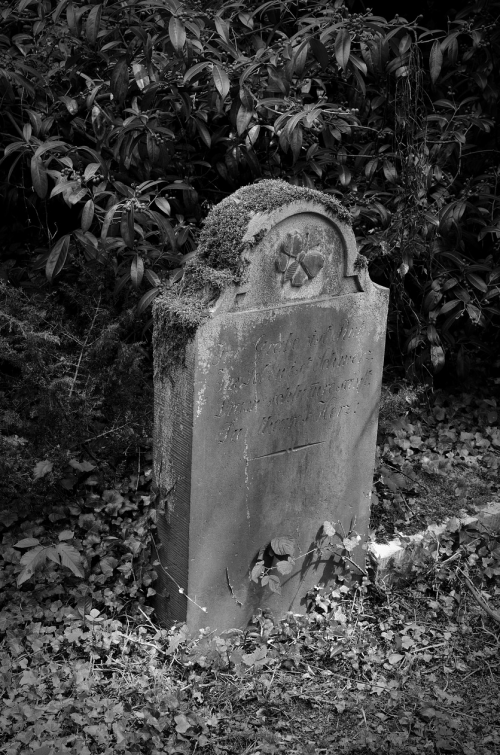