The Court denied certiorari to the Ninth Circuit in Dahne v. Richey with a dissenting opinion by Justice Alito, joined by Justices Thomas and Kavanaugh.  For the dissenters, the question was whether  the First Amendment requires a "prison to entertain a prisoner grievance that contains veiled threats to kill or injure a guard?"

The Ninth Circuit's Memorandum Opinion did not characterize the prisoner's grievance as threatening, but instead stated that it included  "rude comments about the guard’s weight, including describing her as “extremely obese." The dissenting opinion from certiorari and the Ninth Circuit opinion both agree that the prison official told the prisoner to rewrite the grievance, which the prisoner did, but did not cure the defects. For the Ninth Circuit, there was a First Amendment violation when the prison official refused to allow the grievance to proceed through the administrative process after the rewrite did not satisfy the official's "sense of propriety." For the Ninth Circuit, this meant that functionally only a grievance that conformed to an official's "personal conception of acceptable content could get meaningful review," which is "the sort of content-based discrimination that runs contrary to First Amendment protections."

But for Alito and his fellow dissenting Justices, the defects in the grievance offended more than a personal sense of propriety. Instead, the dissenters stated the grievance

contained language that may reasonably be construed as a threat. Specifically, the grievance stated: “It is no wonder [why] guards are assaulted and even killed by some prisoners. When guards like this fat Hispanic female guard abuse their position . . . it can make prisoners less civilized than myself to resort to violent behavior in retaliation.” 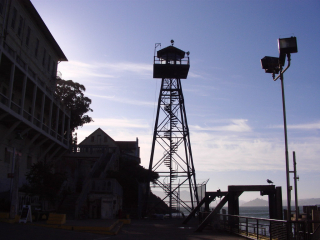 According to the dissenters, the subsequent grievance "repeated much of the original language, adding, “[i]t is no wonder why guards are slapped and strangled by some prisoners.”"

For the dissenters, even if "a prison must accept grievances containing personal insults of guards, a proposition that is not self-evident, does it follow that prisons must tolerate veiled threats? I doubt it, but if the Court is uncertain, we should grant review in this case."

Perhaps importantly, the Ninth Circuit in this Memorandum Opinion held there was qualified immunity, which could make the grant of review seem less vital. And while it is always precarious to extrapolate from any opinion to others, the dissent her does bring to mind the issues regarding the boundaries of First Amendment protection before the Court in the trademark case of Iancu v. Brunetti argued in April.