In its opinion in Zervos v. Trump, the Appellate Division, First Department of the New York State courts held that the lawsuit for defamation could proceed against the President while he is in office.

Recall that in March 2018, the New York state trial judge ruled the lawsuit for defamation by Summer Zervos against now-President Trump could proceed, denying a motion to dismiss or to stay by Trump based on his presidential status. The trial judge decided that the holding of  the United States Supreme Court in its unanimous 1997 decision of Clinton v. Jones that then-President Clinton was subject to suit in federal court extended to state court.  Recall also that soon thereafter, the appellate division in New York denied President Trump's motion for a stay, in a summary decision, and likewise soon thereafter, the New York Court of Appeals (NY's highest court) dismissed the appeal by Trump on the ground that the order appealed from does not finally determine the action.

In today's divided decision, the appellate division reached the merits of the trial judge's opinion with the majority affirming the decision regarding the President's amenability to suit, and all five judges agreeing that there was a claim for defamation.

Writing for the majority of three judges, Judge Dianne Renwick concluded that the Supremacy Clause, Article VI, does not bar a state court from exercising jurisdiction. She rejected Trump's argument that because he is the "ultimate repository of the Executive Branch's powers and is required by the Constitution to always be in function" as being without support in the constitutional text or case law and conflicting with the fundamental principle that the United States is a "government of laws and not of men." After a detailed discussion of Clinton v. Jones, she stated that in short, the decision "clearly and unequivocably demonstrates that the Presidency and the President are indeed separable." She continued that "aside from the forum, plaintiff's case is materially indistinguishable from Clinton v. Jones," and noted that Congress had not acted to afford the President more protection, interestingly citing and quoting an article by the most recent Supreme Court Justice, Brett Kavanaugh.

The difference between the majority and the dissent is centered on footnote 13 of Clinton v. Jones:

Because the Supremacy Clause makes federal law "the supreme Law of the Land," Art. VI, cl. 2, any direct control by a state court over the President, who has principal responsibility to ensure that those laws are "faithfully executed," Art. II, § 3, may implicate concerns that are quite different from the interbranch separation-of-powers questions addressed here. Cf., e.g., Hancock v. Train, 426 U.S. 167, 178—179 (1976); Mayo v. United States, 319 U.S. 441, 445 (1943). See L. Tribe, American Constitutional Law 513 (2d ed.1988) ("[A]bsent explicit congressional consent no state may command federal officials ... to take action in derogation of their ... federal responsibilities")."

But as the majority opinion explains,

the cases cited in the footnote above suggest only that the Supreme Court was concerned with a state's exercise of control over the President in a way that would interfere with his execution of federal law (Hancock, 426 US at 167 [holding that the State of Kentucky could not force federal facilities in the State to obtain state permits to operate]; Mayo, 319 US at 441 [holding that a Florida state official could not order the cessation of a federal fertilizer distribution program]; but see Alabama v King & Boozer, 314 US 1 [1941] [holding that the State of Alabama could charge a tax on lumber that a federal government contractor purchased within the state for construction of an army base, where the federal government would ultimately pay the tax]). 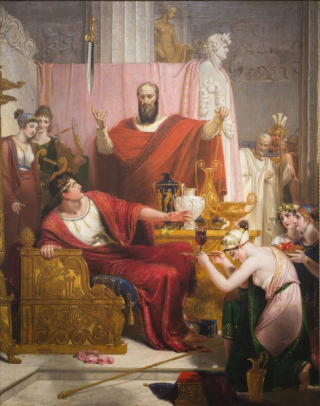 The difference between the majority and dissent centers on the possibility that a state court could hold the President in contempt.  For the majority, this is a "hypothetical concern" that is not presently before the court, noting also that contempt is unusual in all circumstances and state courts would be aware of the issue. For the dissent, on the other hand, although there is no reason to believe the President Defendant "would not cooperate in the litigation, there is no way to be absolutely certain that the court would not at some point have to take steps to protect its own legitimacy;" the contempt power would be a "sword of Damocles hanging over the President's head."

All judges agreed that Zervos stated a claim for defamation, rejecting Trump's claim that the statements were mere hyperbole and not pertaining to the plaintiff. Instead, he was clearly including Zervos in statements and his "flat-out denial of a provable, specific allegation against him concerning his own conduct, accompanied by a claim that the accuser was lying" is not rhetorical or a statement of opinion.

Presumably, the case will be heard on appeal by New York's highest court.