The bulk of Judge Howard's 36 page opinion concerned the threshold matter of state action given that Charter Day School (CDS) is a private nonprofit corporation. CDS described itself as a "traditional values" charter school and operated under North Carolina statutes allowing and regulating charter schools. Judge Howard determined that CDS had responsibility for the dress code (unlike another defendant), was viewed as a public school under state law, was performing an historical, exclusive, and traditional state function, and was subject to pervasive regulation including regarding suspensions for dress code violations.

On the Equal Protection Clause issue, Judge Howard noted that grooming and dress codes did not fit neatly into the doctrine of sex discrimination articulated in United States v. Virginia (VMI) (1996), noting that the CDS argued that intermediate scrutiny should not apply, but rather a "comparable burden" analysis. However, Judge Howard determined that even under a "comparative burden" analysis, the skirts requirement for girls did not "pass muster." Judge Howard stated that the skirts requirement was not consistent with community norms: women and girls have worn both pants and skirts in school and professional settings since the 1970s. 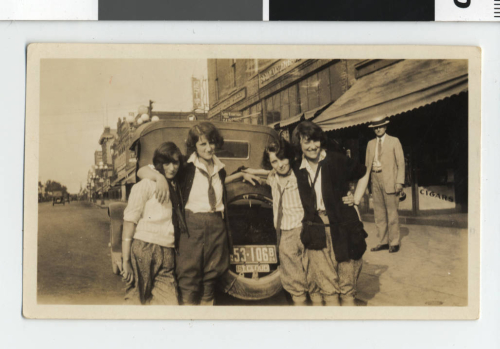 image: girls in pants in Minneapolis, 1929, via