In its opinion in D.M. v. Minnesota State High School League, the Eighth Circuit held that an exclusion of male students from competitive dance teams violates equal protection.  The Minnesota State High School League, a voluntary association of high schools that controls extracurricular activities and sports throughout Minnesota, prevailed in the district court by arguing that the gender-exclusive policy was justified because girls' "overall athletic opportunities have previously been limited," while boys' have not.

Writing for the unanimous panel, Judge Michael Melloy recited the well-known standard for evaluating the constitutionality of sex classifications from United States v. Virginia (VMI) (1996) requiring an exceedingly persuasive justification, and that classification serves an "at least" important government objective that is substantially related.  While a compensatory justification intended to remedy past discrimination might survive in limited circumstances, Judge Melloy used the statistics provided by the state, reproducing them in table form, to demonstrate that there has not been a meaningful disparity in the rates of male and female participation in high school athletics.  Judge Melloy concluded that the "broad" arguments the state advanced of important government interests such as promoting safety, increasing competition, redressing past discrimination, and providing more athletic opportunities for female athletes, failed to rise to the level of exceedingly persuasive justifications.

The court's opinion did not delve into this additional language from United States v. Virginia (VMI) (1996), that the justification "must not rely on overbroad generalizations about the different talents, capacities, or preferences of males and females." It might have provided further support for the court's recognition that a dancing-is-only-for-girls policy violates equal protection.

The court did remand with instructions to issue preliminary injunctions on behalf of the boys who wanted to join the competitive dance teams at their respective high schools. 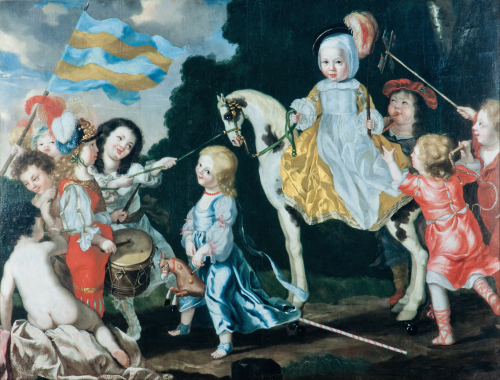