Judge Gelpí rejected the government's contention that this exclusion was supported by the Territorial Clause, Article IV §3 cl. 2, which although it gives Congress a "wide latitude of powers" is not a "blank check" to "dictate when and where the Constitution applies to its citizens," citing Boumediene v. Bush (2008). 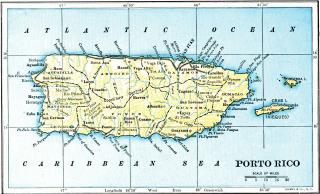 However, Judge Gelpí credited Vaello-Madero's argument that the exclusion of citizens of Puerto Rico from SSI benefits violated the equal protection component of the Due Process Clause of the Fifth Amendment. Judge Gelpí relied on United States v. Windsor (2013) in which the United States Supreme Court found DOMA unconstitutional, stating that as in Windsor the SSI statute was based on animus. Judge Gelpi gestured toward the possible applicability of a higher level of scrutiny - mentioning that US citizens residing in Puerto Rico are "very essence of a politically powerless group, with no Presidential nor Congressional vote, and with only a non-voting Resident Commissioner representing their interests in Congress" and noting that a "de facto classification based on Hispanic origin is constitutionally impermissible" - but held that, as in Windsor, rational basis was not satisfied.

Importantly, Judge Gelpí found that the government's interests advanced to support the exclusion of Puerto Rico in the statute, cost and nonpayment of federal income tax by Puerto Rican residents, were "belied by the fact that United States citizens in the Commonwealth of the Northern Mariana Islands receive SSI disability benefits."

federal legislation that creates a citizenship apartheid based on historical and social ethnicity within United States soil goes against this very concept [of Equal Protection and Due Process].  It is in the Court’s responsibility to protect these rights if the other branches do not. Allowing a United States citizen in Puerto Rico that is poor and disabled to be denied SSI disability payments creates an impermissible second rate citizenship akin to that premised on race and amounts to Congress switching off the Constitution. All United States citizens must trust that their fundamental constitutional rights will be safeguarded everywhere within the Nation, be in a State or Territory.

However, the opinion stops short of declaring 42 U.S.C. §1382c(e) facially unconstitutional and enjoining its enforcement.  Judge Gelpí does issue summary judgment in favor of Vaello-Madero in an opinion sure to be used as precedent in other similar proceedings if the United States does not appeal.