United States Supreme Court Justice Clarence Thomas, writing a concurring opinion from the denial of certiorari in McKee v. Cosby, has essentially called for an abandonment of First Amendment concerns in the torts of defamation and libel.  Interestingly, the lawsuit involves a claim by McGee, who accused actor and comedian Bill Cosby of sexual assault, for defamation based on a letter from Cosby's attorney which allegedly damaged her reputation for truthfulness and honesty. The First Circuit, affirming the district judge, found that by making the public accusation, McKee became a "limited-purpose public figure" under First Amendment doctrine and therefore would have to show not only that the statements were false, but that they were made with actual malice (knowledge of falsity or reckless disregard for the truth). 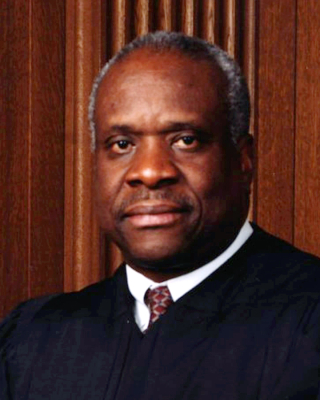 McKee had sought review of the determination that she was a limited public figure. The Court declined. Justice Thomas's concurring opinion does not address this "fact bound inquiry," but instead argues that the Court should reconsider the doctrinal basis for the lower courts' decisions, including New York Times v. Sullivan (1964), which the opinion extensively discusses.  In a nutshell, Thomas argues that New York Times v. Sullivan and its progeny are "policy-driven decisions masquerading as constitutional law": there was no "public figure" doctrine of libel at common law and an originalist understanding of the First Amendment does not extend to state law torts such as defamation and libel. While New York Times v. Sullivan may seem like settled precedent entitled to respect under stare decisis, Justice Thomas notes that the Court "did not begin meddling in this area until 1964, nearly 174 years after the First Amendment was ratified."

What should we make of this thirteen page concurring opinion?  It can seem a gratuitous intervention in a case in which it would not make a difference.  Or it can seem just another occasion for Justice Thomas to articulate his hallmark originalism.  Or it could be an invitation for lower federal judges — and for litigators — to start challenging the First Amendment actual malice standard for defamation and libel more directly.  Additionally, this position is quite consonant with the President's statements that libel laws need revision and Trump's reputation as a "libel bully," although perhaps cases such as Summer Zervos lawsuit against Trump — very similar to McKee's against Cosby — Trump would be disserved by a more common law approach. But in the cases in which Mr. Trump were the plaintiff, an absence of the burden of having to prove "actual malice" would certainly work to his benefit.