On February 25, the Court will hear oral arguments in Manhattan Community Access Corporation v. Halleck, presenting the question of when (if ever) the actions of a private nonprofit corporation operating a public access television channel constitute sufficient state action warranting application of the First Amendment.

In the Second Circuit's divided opinion in Halleck v. Manhattan Community Access Corporation (2018), the majority concluded that the "public access TV channels in Manhattan are public forums and the MCAC's employees were sufficiently alleged to be state actors taking action barred by the First Amendment to prevent dismissal" of the complaint, thus reversing the district judge. At the heart of the First Amendment claim are allegations that the Manhattan Community Access Corporation, known as Manhattan Neighborhood Network, MNN, suspended the plaintiffs, Halleck and Melendez, from airing programs over the MNN public access channels because of disapproval of the content. 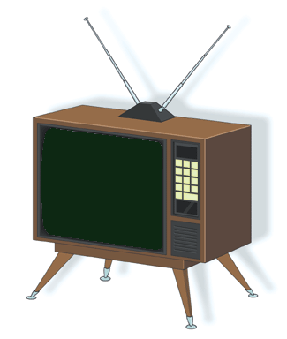 But before reaching that heart are sticky issues involving whether the First Amendment applies at all given the complex statutory and regulatory schemes governing "public access" television. Additionally, the conflation of the state action threshold for all constitutional claims and the doctrine of "public forum" under the First Amendment can make the analysis murky.  As a further complication, the most applicable precedent is Denver Area Educational Telecommunications Consortium, Inc. v. FCC (1996) which the majority opinion in Halleck by Judge Jon Newman accurately describes as "a case that generated six opinions spanning 112 pages of the United States Reports," in which "five Justices expressed differing views on whether public access channels were public forums."  Judge Newman acknowledged that there was not only disagreement among the Justices, there was disagreement among the Circuits and District Courts, but ultimately declared:

With all respect to those courts that have expressed a view different from ours, we agree with the view expressed by Justices Kennedy and Ginsburg in Denver Area. Public access channels, authorized by Congress to be “the video equivalent of the speaker’s soapbox” and operating under the municipal authority given to MNN in this case, are public forums, and, in the circumstances of this case, MNN and its employees are subject to First Amendment restrictions.

Writing a dissent on this issue in the Second Circuit, Judge Dennis Jacobs essentially criticized the conflation of the state action and First Amendment public forum issues, arguing that the majority opinion

[citations to majority opinion omitted]. Judge Jacobs would have applied state action doctrine under the Second Circuit requiring that a private entity can only be deemed a state actor if there is compulsion by the state, or joint action with the state (an entwinement analysis), or when the private entity has been delegated a public function by the state.  In his concurrence, Judge Lohier argued that there was state action under the public function analysis, but for Judge Jacob, the operation of an "entertainment facility" was not a traditional public function: "And it is fortunate for our liberty that it is not at all a near‐exclusive function of the state to provide the forums for public expression, politics, information, or entertainment."

Looking forward to the oral argument at the Supreme Court, it will be worth noticing whether the Justices focus on public forum doctrine under the First Amendment or on state action doctrine or whether the problematical convergence of the two doctrines continues.