In its thorough opinion in Davison v. Randall (& Loudoun County), the Fourth Circuit earlier this month concluded that the interactive component of the Facebook Page of Phyllis Randall, the Chair of Loudoun County, Virginia constituted a public forum and that the Chair engaged in classic viewpoint discrimination violating the First Amendment when she banned a constituent from posting on the page.

However, for the first time on appeal the government defendants raised the argument that the individual constituent who was temporarily banned, Brian Davison, lacked Article III standing because he did not suffer an injury in fact. Judge Wynn's opinion first found that the plaintiff evinced an intent to engage in the proscribed conduct in the future — here, commenting on Facebook Pages of the government official — which was easily satisfied given that he was "active in local politics."   Second, Judge Wynn's opinion found that there continued to be a credible threat of future "enforcement" by the government, especially given past actions and that Randall had not "disavowed" future enforcement. 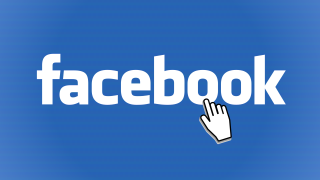 Judge Wynn's opinion for the Fourth Circuit on the state action threshold issue agrees with the district court's opinion that there is state action. Judge Wynn wrote that the issue of whether there is sufficient "color of state law" under 42 U.S.C. §1983 is "synonymous with the more familiar state action requirement applicable to Fourteenth Amendment claims" and the analysis for each is identical. The precise contours of that analysis do not admit to a "specific formula" according to the opinion, instead meriting consideration of the totality of the circumstances and whether there is a sufficiently close nexus. Importantly, here the court concluded that the official used the power and prestige of her office to damage the plaintiff constituent based upon events which arose out of her official status.

On the First Amendment merits, Judge Wynn's opinion found that the Facebook Page — or portions of it — created a public forum, an issue that is intertwined with the state action issue. For the public forum question, the Fourth Circuit, like the district judge, again discussed the specifics of the Facebook Page and interactive component with its invitation for ANY Loudoun resident to make comments on ANY issues. The court noted the language from the Supreme Court's opinion in Packingham v. North Carolina (2017) commenting that social media as currently the most important place for the exchange of views.  Judge Wynn rejected the government's arguments that Facebook was a private website that cannot be converted to a public forum, noting that the forum analysis under the First Amendment applies to private property dedicated to public use.  Judge Wynn also rejected the government's argument that the Facebook Page was exempt from First Amendment analysis as government speech, again noting that it specifically invited constituents to participate.

Interestingly, the Fourth Circuit analogized to Halleck v. Manhattan Community Access Corp (2nd Cir. 2018), which, as the opinion discussed in a footnote, is now before the United States Supreme Court on certiorari (our preview is here).  But the Fourth Circuit distinguished the issues before the Court in Halleck as being state action issues rather than the public forum issues to which it analogized.