In his opinion in National Coalition for Men v. Selective Service System, Judge Gray Miller of the United States District Court for the Southern District of Texas found that the Military Selective Service Act (MSSA) provision, 50 USC §3802(a), requiring males (but not females) between the ages of 18 and 26 to register with the Selective Service System (SSS) violated equal protection, as applicable to the federal government through the Fifth Amendment's Due Process Clause.

Judge Miller first rejected the Government's Motion to Stay, concluding that the case was ripe, as it involved only a question of law, and that considerations of separation of powers and discretionary power of the court did not merit a stay. Judge Miller noted that Congress "has been debating the male-only registration requirement since at least 1980 and has recently considered and rejected a proposal to include women in the draft." 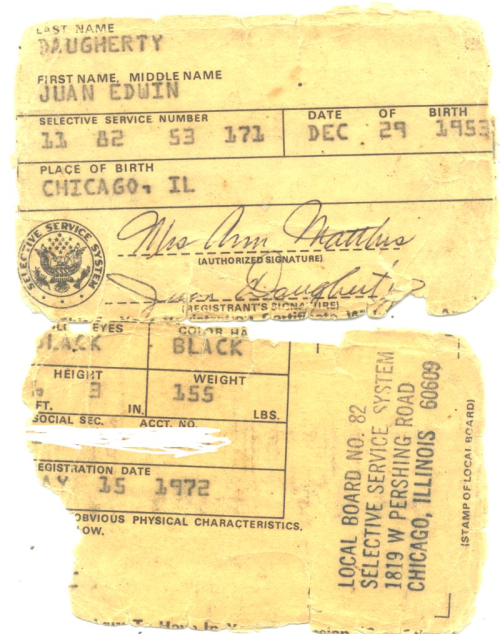 At the heart of this litigation is Rostker v. Goldberg (1981) in which the United States Supreme Court upheld the constitutionality of the male-only selective service registration based on its reasoning that because women were not statutorily eligible for combat, men and women were not "similarly situated" for purposes of the draft.  The Government argued that Rostker should control. But, as Judge Miller stated, in the nearly four decades since Rostker "women's opportunities in the military have expanded dramatically" and in 2013, the Department of Defense officially lifted the ban on women in combat and in 2015 "lifted all gender-based restrictions on military service."  Judge Miller also rejected the Government's argument based on Trump v. Hawai'i (2018), that there should be considerable deference, finding "the Trump decision is tangential, at best."

Thus, Judge Miller applied the intermediate scrutiny merited by sex classifications as articulated by the Court most recently in Sessions v. Morales-Santana (2017), and using the language of United States v. Virginia (VMI) (1996): "The justification must be genuine, not hypothesized or invented post hoc in response to litigation. And it must not rely on overbroad generalizations about the different talents, capacities, or preferences of males and females."

Judge Miller rejected both of the Government's two asserted interests. First, the Government argued that women's eligibility to serve in combat is distinct from the women's conscription because conscription could lead to trade-offs for the military, meaning that requiring women to register for the draft could affect women's enlistment by increasing the perception that they would be required to serve in combat. Judge Miller found that this argument "smacks of 'archaic and overbroad generalizations' about women's preferences." Additionally, Judge Miller observed that this argument "appears to have been created for litigation."  Second, the Government argued that Congress preserved the male-only registration requirement out of concern for the administrative burden of registering and drafting women for combat. But even if women are  statistically less physically suited for combat,

the relevant question is not what proportion of women are physically eligible for combat—it may well be that only a small percentage of women meets the physical standards for combat positions.  However, if a similarly small percentage of men is combat-eligible, then men and women are similarly situated for the purposes of the draft and the MSSA’s discrimination is unjustified. Defendants provide no evidence that Congress ever looked at arguments on this topic and then made a “studied choice” between alternatives based on that information.

Had Congress compared male and female rates of physical eligibility, for example, and concluded that it was not administratively wise to draft women, the court may have been bound to defer to Congress’s judgment. Instead, at most, it appears that Congress obliquely relied on assumptions and overly broad stereotypes about women and their ability to fulfill combat roles.“ Thus, Defendants’ second proffered justification appears to be an “accidental by—product of a traditional way of thinking about females,”’ rather than a robust, studied position.

Judge Miller issued a declaratory judgment that the male-only draft violates equal protection, but did not issue an injunction because the Plaintiffs did not request or brief it in their summary judgment motion and materials.