The United States Supreme Court has granted certiorari in New York State Rifle & Pistol Association Inc. v. City of New York, New York regarding a New York City regulation that allows  a person having a premises license  for handguns to “transport her/his handgun(s) directly to and from an authorized small arms range/shooting club, unloaded, in a locked container, the ammunition to be carried separately,”  but further defines an "authorized" range/shooting club as limited to facilities located in New York City.

Recall that  the Second Circuit unanimously upheld the regulation. On the Second Amendment challenge, the opinion for the panel by Judge Gerald Lynch tracked the analytic structure articulated by the Second Circuit in New York State Rifle & Pistol Ass'n v. Cuomo, decided in 2015. Assuming that the Second Amendment applied, the court concluded that intermediate scrutiny was the appropriate standard based on its analysis of two factors: "(1) ‘how close the law comes to the core of the Second Amendment right’ and (2) ‘the severity of the law’s burden on the right.' "  Thus, this grant of certiorari has the potential to determine the level of scrutiny to be applied to gun regulations, a question left open by the Court's decisions in District of Columbia v. Heller (2008) and McDonald v. City of Chicago (2010).

In addition to the Second Amendment issue, the petition for certiorari also challenges the regulation on the basis of the dormant commerce clause and the "right to travel."  On these challenges, the Second Circuit noted that the plaintiffs did not convincingly allege there were problems implicating the crossing of state lines. 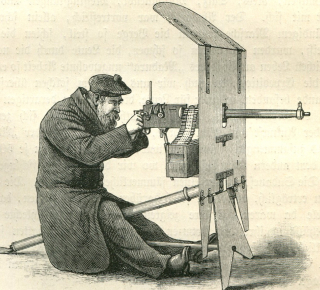